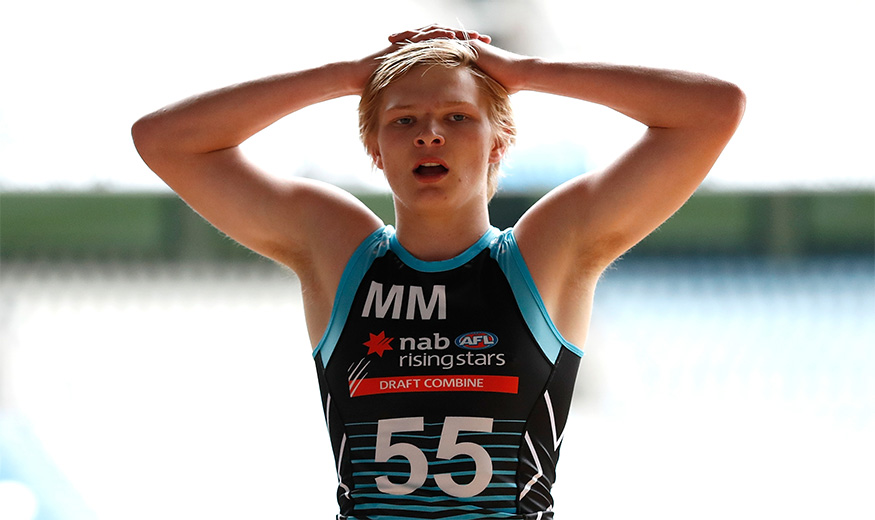 Canberra’s Jack Powell will be hoping his 2017 NAB AFL Draft Combine results are enough for clubs to take notice ahead of November’s NAB AFL Draft.

Having met with several AFL club recruiters over the three day event, Powell’s performance with the ball surely impressed. Mimicking his GWS GIANTS Academy teammate, Brendan Myers’ score with the Sherrin, Powell hit 25 out of 30 targets on the Etihad surface.

Having worked with a speed coach in the lead up to the Combine, Powell said he was happy with his 2km Time Trial too, having set himself a goal and sticking to it.