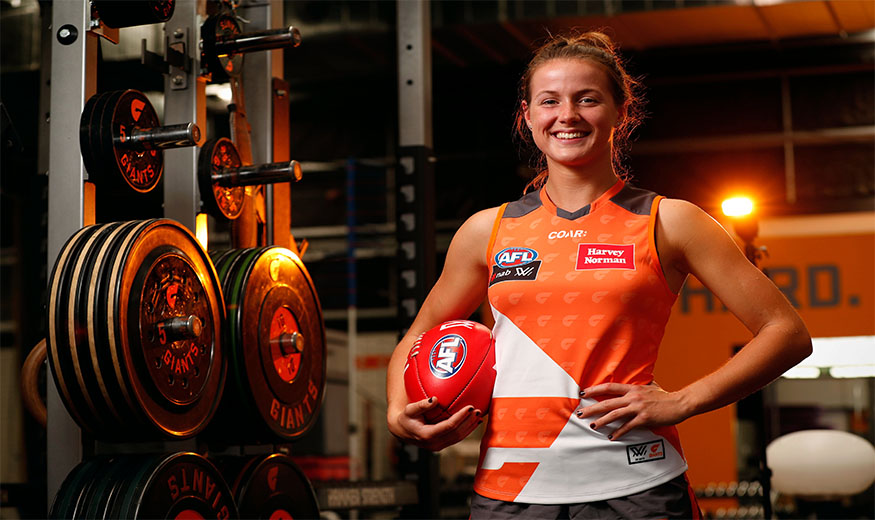 AFL NSW/ACT is pleased to announce the signing of five Female Football Ambassadors to promote female football within the region.

Following the success of the inaugural AFL Women’s competition, AFL NSW/ACT recognises the importance of nurturing the vast appetite for female football within the state and territory.

The group has been selected by AFL NSW/ACT as they embody the spirit of which AFL Women’s is about – passion, sportsmanship, determination, and the desire to leave a legacy for the next crop of female footballers.

Identified as role models within the industry, the Ambassadors are also local AFL NSW/ACT Talent Pathway graduates and their involvement in the program, is aimed at showing prospective AFLW players from the region that they too, can make it in professional football.

“There was a huge demand for player appearances from schools, leagues, clubs and from around the regions following the AFLW season,” says Davis.

“With the tremendous growth of Female Football in the region, the need to establish an AFL NSW/ACT Female Football Ambassador Program, which goes above and beyond the AFLW CBA (Collective Bargaining Agreement), has become evident.

“This is also a great opportunity for the players to build their own profile within the community, as they encourage more females to participate in AFL and inspire future generations of AFLW players.”

“I am really excited to be able to take the female game to young up-and-comers around my home region,” says Collier.

“AFL is a great way to keep fit, meet new people, and to push yourself in a challenging way. I can’t wait to encourage female participation across the state and territory.”