Allies head to Geelong to take on Vic Metro 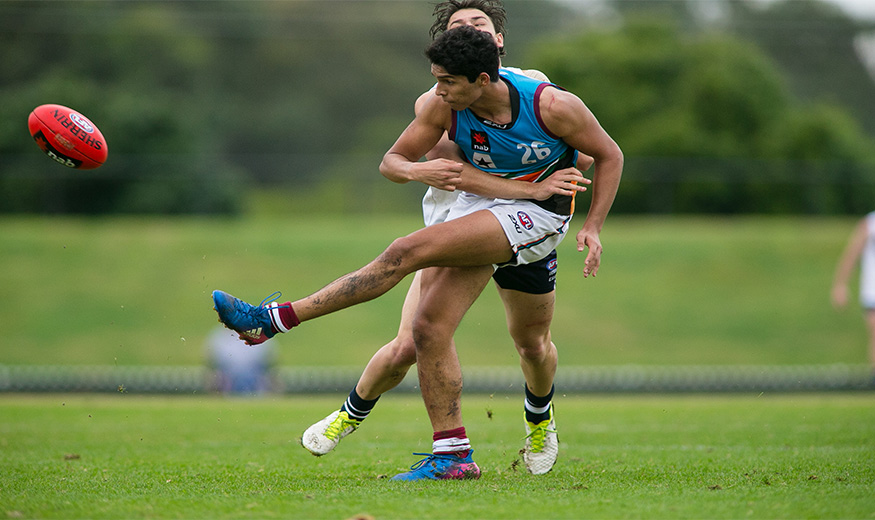 The fifth and final round of the NAB AFL U18 Championships takes place tomorrow with the Allies facing Vic Metro in Geelong.

The Allies are yet to win a game this competition, but will be looking for a strong finish against the undefeated Victorian side.

The Allies have had the week off, and will be buoyed by spirited performances in their last outing. Despite not being on the winning side of the scoreboard, there were a lot of strong performances to take away from their loss to Western Australia.

A major out for the Allies will be Swans Academy player, Nick Blakey. Blakey is set to miss the remainder of the 2017 season after suffering a stress fracture in his back. It is a big blow to versatile player, whose strong form is set to see him command a lot of attention at this year’s Draft.

There are a total of 10 NSW/ACT players selected in this final Allies squad.

The Allies take on Vic Metro at Simonds Stadium on Wednesday, 5 July 2017 at 2.10pm. The game will be broadcast on FoxFooty (Channel 504 on Foxtel)