Sydney turns it on for the AFL 9s Classic 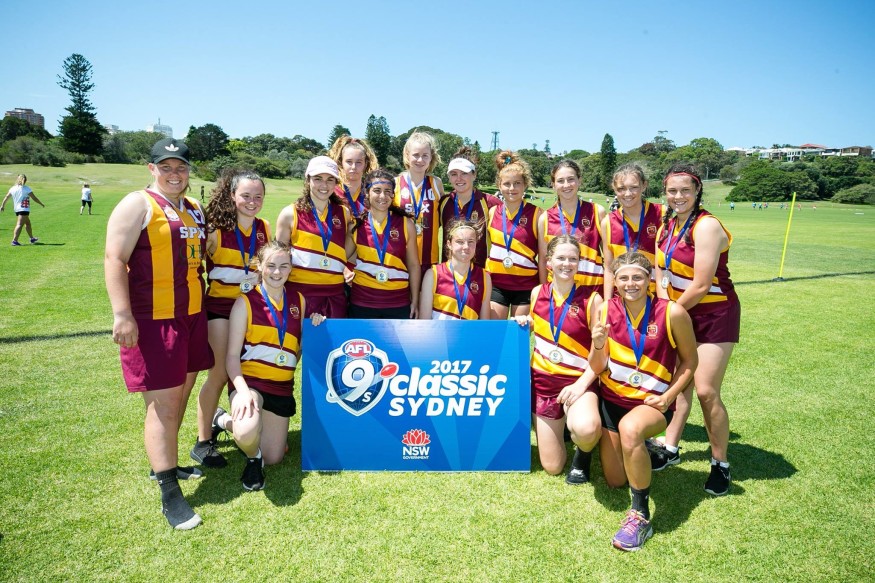 The second annual AFL 9s Classic began yesterday in Sydney with the Schools and Corporate Divisions kicking off the tournament.

The Schools Division saw 18 teams compete in games throughout yesterday morning. The teens teams came in from around the region, hailing from schools such as Gosford High School, Cessnock High School, Wollongong High School and Independent Sydney School, Newington College.

While the St Pius boys narrowly missed out on AFL 9s Classic glory, their team claimed the Girls competition title after an extra-time win against Bethany College in the Girls Schools Division.

The afternoon saw over 30 corporate teams join in on the fun, spending their work day kicking the Sherrin at Sydney’s Queens Park.

Companies such as Facebook, Cricket NSW, Netball NSW, Caltex, McDonalds and News Corp were all involved in an afternoon of fiercely fun competition.

The GWS GIANTS and Sydney Swans staff also came along to square off for the 2017 Corporate Classic title.

After much competition, Downer Group Australia were successful in their Grand Final against the SCG Trust, claiming the title 2017 Corporate Classic title.

Today, the Classic will feature Men’s and Women’s Divisions as well as Over 35s and Mixed Divisions.

Highlighting today’s action will be a celebrity All Stars match from 4pm, where AFL 9s Ambassador and former Sydney Swan, Jude Bolton will lead a host of big names including his Premiership teammates, Rhyce Shaw and Tadhg Kennelly. They will battle it out against AFL greats such as Lenny Hayes, Mark McVeigh and Kane Cornes.

Over 1000 participants from across Australia are set to take to the field across the three-day event.

“The AFL 9s Classic brings teams together from across the country to play the social version of AFL from the Under 15s in the Schools divisions, to Corporates, Men’s, Womens’s and Advanced divisions,” De Oliveira said.

“It is a fun, social way to keep active and it’s all about enhancing team cohesion.”

The AFL 9s Classic is free to the public to attend and with food stalls, a pop-up bar, music and loads of entertainment on offer, this year’s Classic promises to be another exciting event for all players and spectators.

The 2017 AFL 9s Classic is supported by the NSW Government via its tourism and major events agency, Destination NSW.