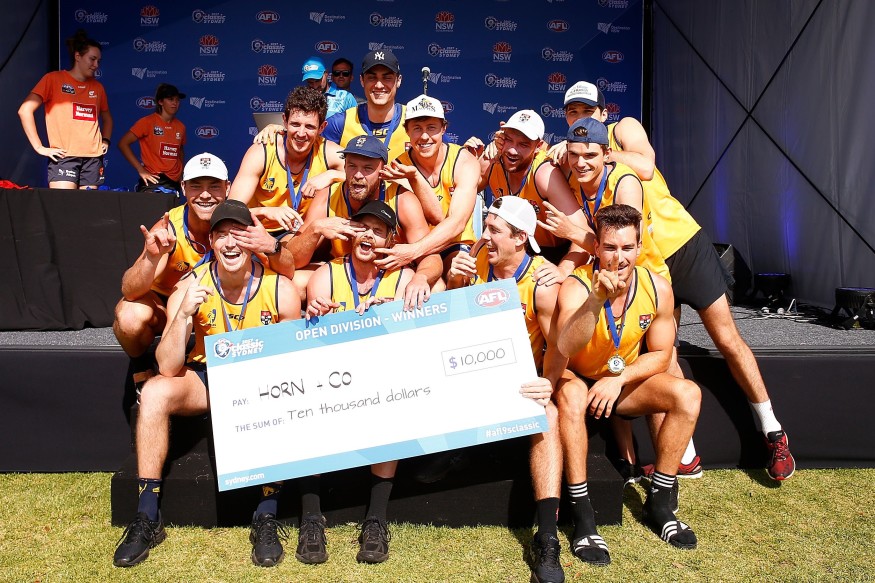 The 2017 AFL 9s Classic has come to an end for another year in Sydney.

Following three days of AFL 9s action under sunny skies at Queens Park, five champions were crowned in front of a strong crowd.

The UNSW Stingrays – a team from the local AFL Sydney Women’s competition – were crowned the Women’s champions, beating out the ‘Wollongong Saints’ in the Women’s Grand Final – earning $4000 for their efforts.

It was the ‘Steven Bradbury’s’ who would win the Men’s Division, defeating second-time AFL 9s Classic attendees, the Pittwater Phantoms for the $4000 prize.

The ‘Footy M9s’ played ‘Ball So Hard’ in the Grand Final of the Mixed Division, and walked away with $4000 for their weekend stay in Sydney.

The AFL 9s Classic saw over 120 teams from across Australia converge upon Sydney, for a weekend of the AFL’s social version of the game.

AFL NSW/ACT would like to thank the NSW Government, Destination NSW and TLA Worldwide for helping us hold the AFL 9s Classic in Sydney once again.

Thank you to all the teams who traveled in Sydney to play, and congratulations to all of the runner up teams and ultimate champions.