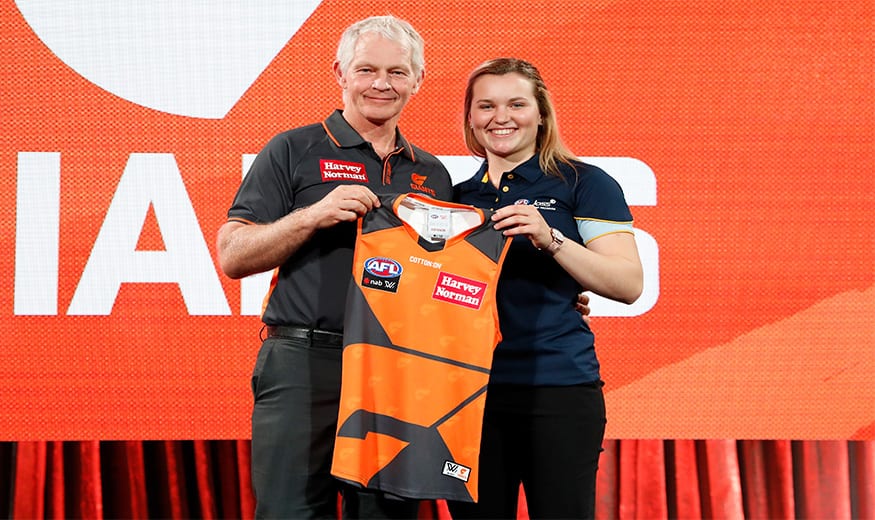 Seven players from the AFL NSW/ACT region will join AFL Women’s lists in 2019 after the conclusion of today’s 2018 NAB AFL Women’s Draft in Melbourne.

As expected, Holbrook’s Alyce Parker was drafted to the GWS GIANTS with their highest pick at number 12.

Widely regarded by the AFLW community as a possible number one draft pick, Parker’s strong sense of loyalty to the AFL NSW/ACT female talent program and region, shone through when she nominated New South Wales as her preferred state. As the GIANTS traded their number seven draft pick during the Christina Bernardi deal earlier in the year, their first pick landed at number 12, where they swooped on the Riverina ball-magnet.

The 2018 NAB AFL Under-18 All Australian Captain and three-time AFL NSW/ACT and Eastern Allies MVP can now call her Rams Youth Girls Coaches, Alicia Eva and Nicola Barr, teammates when she arrives at Homebush in the coming weeks.

“We are absolutely thrilled to see Alyce announced as the GIANTS’ first pick at number 12 during today’s draft,” said Moeller.

“She is an outstanding individual who will excel in her new elite environment, and will go on to impact the AFLW from Round One.”

AFL Canberra’s Maddie Shevlin was the region’s next drafted player, being selected by Collingwood at pick number 19. Rookied to the Melbourne Football Club in 2018, the once Gungahlin Jet will be looking to make her official AFLW debut in 2019 after a strong season with VFLW club, the Casey Demons.

Ingrid Nielsen became the region’s third draftee for 2018, selected by the GWS GIANTS at pick number 58. Coming from the UNSW Eastern Suburbs Bulldogs in the AFL Sydney competition, Nielsen will be looking to bring her winning momentum to the GIANTS after claiming a flag with the Dogs in September. Playing in the ruck, Nielsen will provide Erin McKinnon – another local Sydney player – with some much needed back-up throughout the AFLW season.

Joining Nielson from the AFL Sydney competition will also be returning GIANTS, Renee Tomkins and Haneen Zreika from the Auburn-Penrith GIANTS.

Tomkins was re-drafted to the GIANTS at pick 63 after initially missing out on a contract following two seasons at the club. Succumbing to injury for most part of the 2018 season, the one they call ‘Tonka’ will be looking to prove any doubters wrong as the 2017 NAB AFLW All-Australian squad member returns to Homebush.

Zreika is also a name familiar to GIANTS fans, rookied from the AFL NSW/ACT Rams during the 2018 AFLW season. The Auburn GIANT made her way onto the GWS GIANTS’ senior list today at pick number 66 – their final selection – and will hope to crack the GIANTS’ speedy midfield in 2019.

These newly drafted players join Yamba’s Brianna McFarlane who was rookied to the Brisbane Lions in early October under the ‘Player from another sport’ rule. Though McFarlane played for the AFL NSW/ACT Rams and Eastern Allies during the 2018 NAB AFL Women’s Under-18 Championships, she remains fairly new to AFL having only played a short while.

AFL Canberra’s Jessie Williams will also be a part of the AFL Womens’ third season, having been rookied to one of the two new clubs to the competition, North Melbourne. Coming from a soccer background, the Eastlake Demon was selected via the Tasmanian talent pathway which feeds through to the Kangaroos in their inaugural year.

“It is pleasing to see a further seven players join and re-join AFLW lists for 2019,” said Moeller.

“It highlights the growing nature of women’s football in our market and the need to continually grow the talent pool in New South Wales and the ACT, and female football in general with the expanding AFL Women’s competition providing more and more opportunities to play at the elite level.”

The seven local players join a plethora of AFL NSW/ACT talent scattered throughout the AFL Women’s competition. While the GIANTS house the majority, including the likes of their Captain, Amanda Farrugia, Phoebe Monahan and Jodie Hicks, players such as Melbourne’s Elise O’Dea and Talia Radan (both from Canberra) and Carlton’s Gabriella Pound (Albury) and Chloe Dalton (Sydney) will also play in 2019.

AFL NSW/ACT would like to congratulate all of the local players drafted into the AFL Women’s competition today and wish them all luck going into the 2019 season. 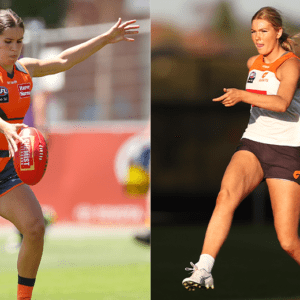 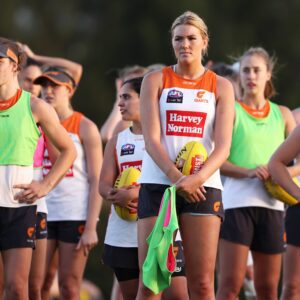 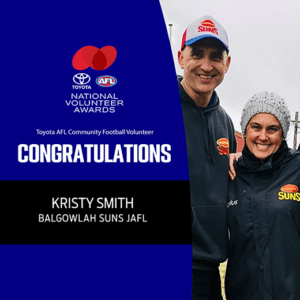