Swans and GIANTS begin NAB Academy Series with a bang 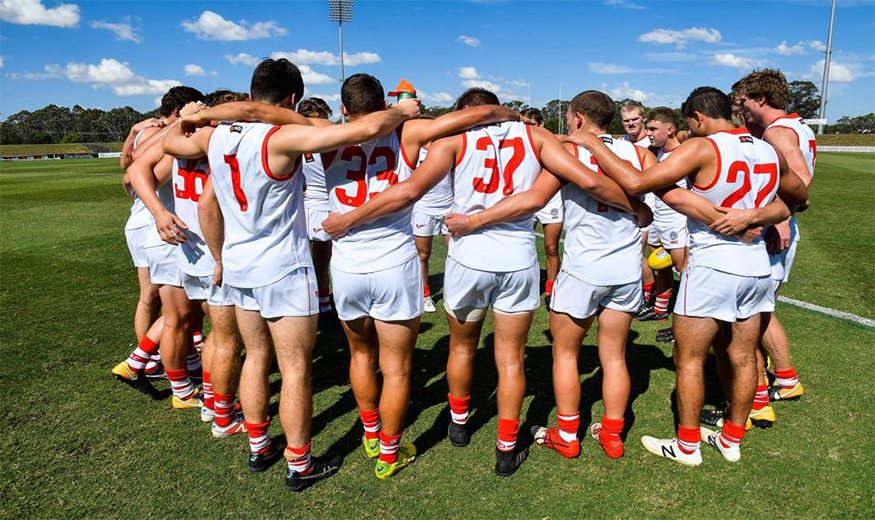 The 2018 NAB AFL Academy Series got underway in Blacktown yesterday, where both the Sydney Swans and GIANTS Academies began their campaign with a win.

Kicking off proceedings, the Sydney Swans put the Brisbane Lions Academy in their place taking the win by 49 points.

With all eyes on him, 2018 Allies player, Nick Blakey lived up to the hype, slotting five goals in the Swans emphatic win.

A strong performance by the Swans also allowed Cooper Kilpatrick to kick three six-pointers ahead of eight individual goal scorers.

Similarly, the GIANTS Academy defeated the Northern Territory by 48 points.

Will Chander and Riley Corbett were the standouts upfront for the home side, kicking three and two goals respectively.

The Sydney Swans and GIANTS Academies will square-off next weekend in Round 2 of the 2018 NAB AFL Academy Series at Blacktown International Sportspark on Saturday, April 21 at 1pm.