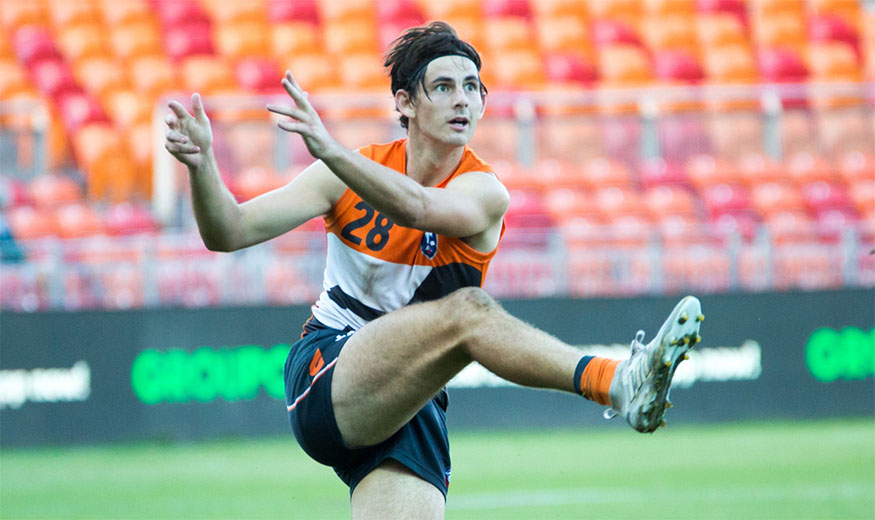 Stein, from Penrith in Sydney’s west, has been upgraded to the senior list as a mid-season rookie elevation.

Stein’s path to the GIANTS has been unconventional, with the 23-year-old signing on as a Category B Rookie late last year following a promising career as a decathlete.

The 195cm defender has shown off his athletic capabilities in 11 NEAFL games this year, taking one of the competition’s marks of the year against the Swans’ Reserves in April.

Sproule joined the GIANTS as an Academy Selection in the 2017 AFL Rookie Draft and has impressed in the NEAFL this year, kicking 22 goals in 12 games.

Kennedy played the first seven games in 2017 before rupturing his ACL against St Kilda, requiring a season-ending knee reconstruction.

The defender continues his rehabilitation having signed a three-year contract extension last month through until the end of 2020.