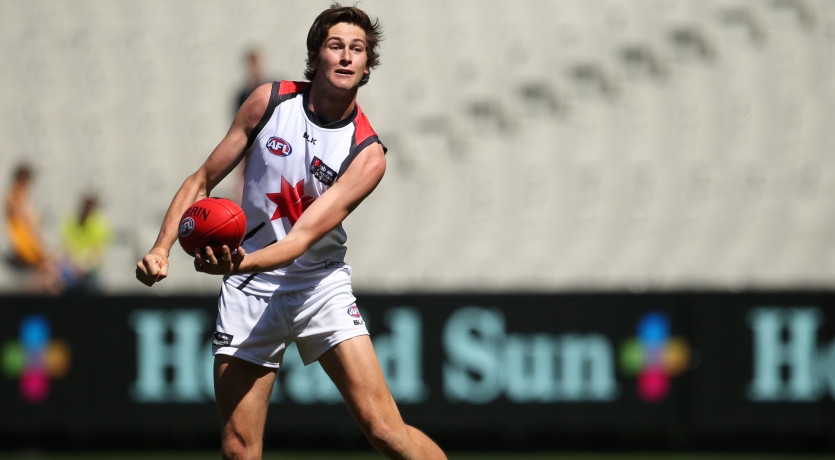 Max Canfield, a State Combine invitee, in action for the Allies at the MCG in 2015. (Photo by Adam Trafford/AFL Media)

For the first time an AFL State Combine testing will be held in Sydney.

St Ignatius College Riverview will host the 2015 State combine on Sunday the 25th of October, with around 50 Draft hopefuls set to be out through their paces.

In addition to the NSW/ACT contingent, nominees from QLD and NT will attend the testing on Sydney’s North Shore.

In total 123 players from competitions across the country have been invited to show their wares in front of recruiters.