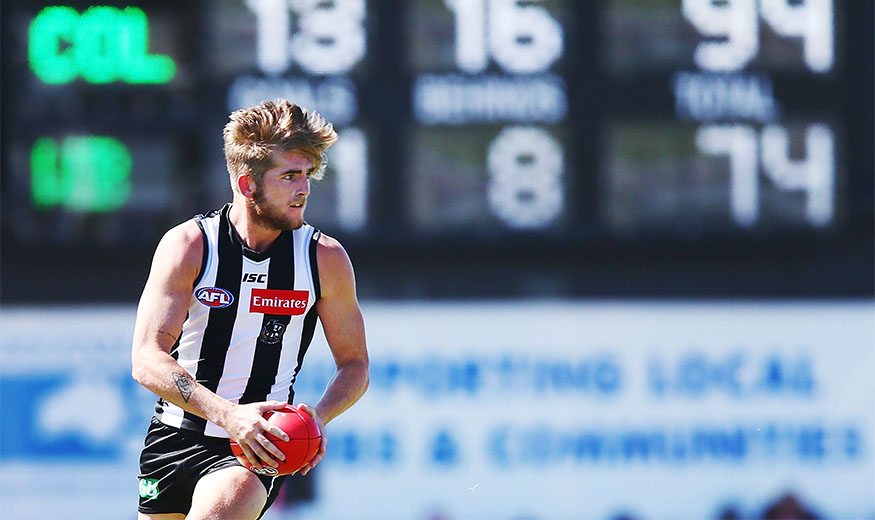 Many questioned Collingwood’s decision to part with a second-round pick in a deal for little known Swan Sam Murray last October.

On the surface, it seemed excessive for a speculative late rookie pick who was plucked from country footy and hadn’t broken through for a game across two years in the harbour city.

Three games into 2018, no one is questioning that move anymore — especially those who have looked at the finer details of the deal — Collingwood also received a future third-round and fourth-round pick.

After two impressive performances against Hawthorn and Greater Western Sydney, Murray was one of the Magpies’ brightest sparks in their 24-point win — their first win of the season — over Carlton on Friday night.

The 20-year-old, who is eligible for the Rising Star award, collected a career-high 21 possessions at a tidy efficiency rate of 81.8 per cent, 362 metres gained and seven marks.

Before Murray arrived at the Holden Centre, the dashing defender from Wodonga had to prise open a backdoor to walk into an AFL club.

He was overlooked by the Murray Bushrangers in the TAC Cup, but after finishing 3rd in the Ovens and Murray Football League best and fairest as an 18-year-old, the Swans took a chance on him.

Nothing, it seems, has come easy for Murray. And it seems, that is just the way he likes it.

“A lot of people will tell you that you’ve got to go through those regular pathways in the TAC Cup and programs like that. I was regarded as not good enough to play that, so I had to find another way to try and find my way into the system,” Murray said on Triple M on Saturday morning.

“I was lucky enough to get coached by former AFL player Darryn Cresswell and he stated to me that there is a chance to make it if I do a lot right. I worked super hard to give myself this opportunity.

“Playing with men put me in good stead when it came to playing senior footy or NEAFL footy because I was used to playing against bigger bodies more than 18 year old kids.

After being recruited by the Swans as a forward, Murray transitioned into a rebounding defender in the Dane Rampe mould. But despite excelling at NEAFL level, where his consistent form earned team of the year honours, a lack of opportunity forced him to look elsewhere.

That’s where Collingwood came in. Ben Sinclair’s battered body had forced him to retire at just 25. Josh Smith was in and out of the team. Jackson Ramsey was delisted.

Three games might be a small sample size, but the line breaking defender, with the penetrating left foot, looks settled in the Magpies back six.

“I think as a forward I wasn’t playing the footy I wanted to. I think I play a lot better when I see the game in front of me and when it unfolds in front of me,” Murray said.

“I back my pace, there are going to be times when I do get caught, I assume, but I’ve been given a bit of permission off Bucks to express myself in the way I play.

“I’m going to keep doing that and it seems to be working which is good, and it’s helping the side out.” 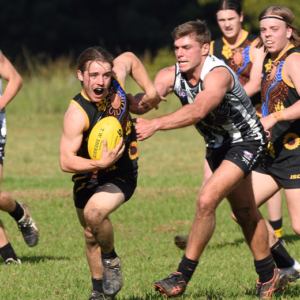