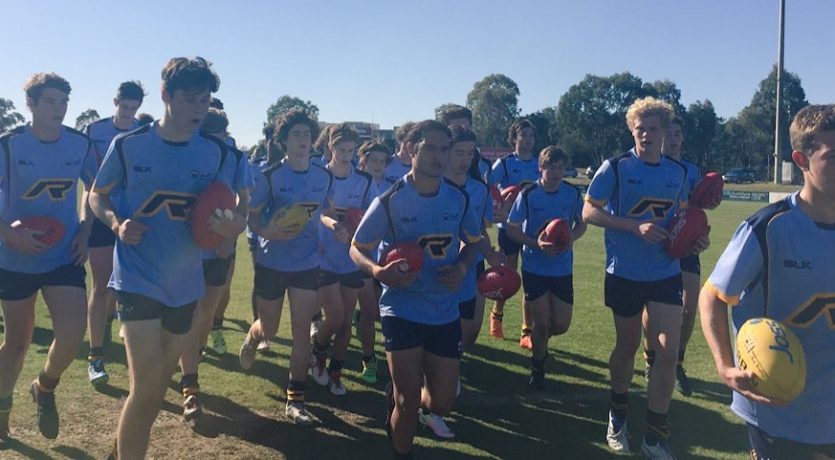 It was a tight contest between the NSW/ACT Rams and the Northern Territory side up until half-time, however NSW/ACT Rams were victorious by 46 points.

NSW/ACT took a bit to get going in the slippery/wet conditions. But after half-time they controlled the game on their terms.

Nick Blakey was named MVP for NSW/ACT  in the Division Two U16 NAB AFL National Championships.