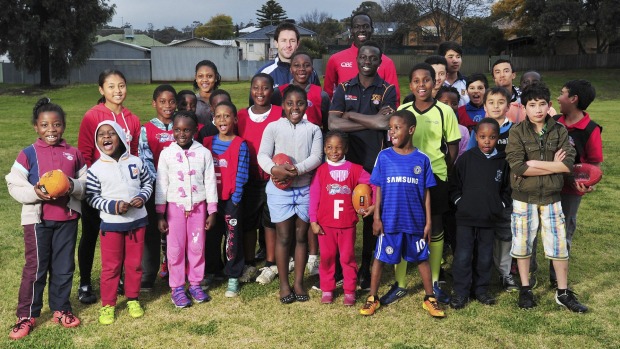 At an official ceremony at AFL House in Melbourne, the 21-year-old was on Thursday given the official responsibility of promoting the some of many diverse backgrounds within the game of AFL football.

“I’m pretty happy to be inducted in,” Aliir told SwansTV ahead of the ceremony.

“I am multicultural, to be a part of it all and to help kids from different backgrounds understand and play this beautiful game is something I’m very proud of.”

Already an active member of the Sydney Swans in regards to community engagement, Aliir will spend even more time in metropolitan and rural areas with the aim of raising cultural understanding, inclusion and participation at all levels of the game.

“Nic Nat was one of the reasons why I first got into footy,” Aliir added. “So to do some work in the community next to him will be a dream come true.”

Aliir will begin official duties as Multicultural Ambassador during the AFL’s round of Community Camps from February 8-9.

Stephen Coniglio (GWS GIANTS – Italian) will work with the New South Wales Multicultural Talent Academy, help drive AFL Multicultural Round, as well as be a Talent Mentor to multicultural participants in the talent pathway.