AFL NSW/ACT CEO sleeping out for a cause 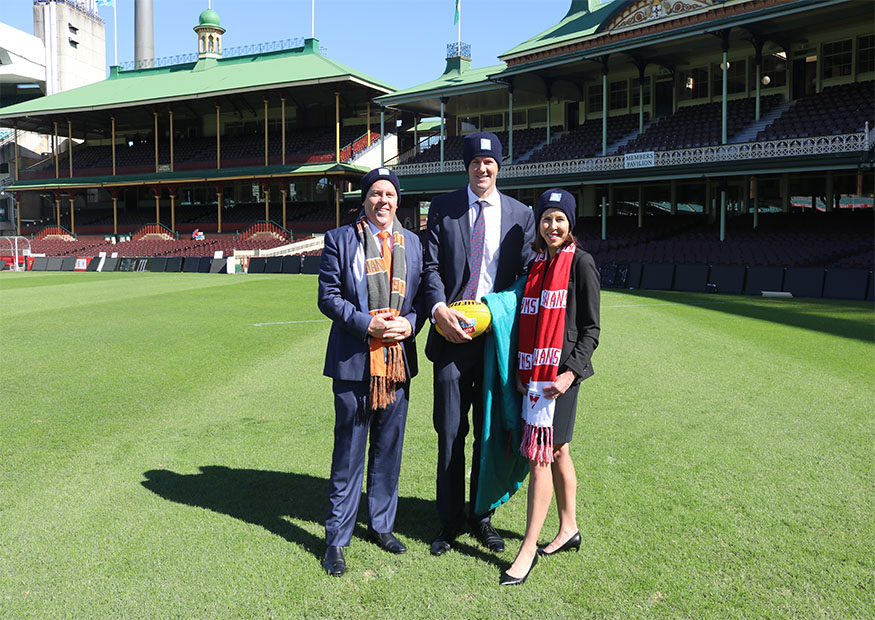 CEO of the GWS GIANTS, David Matthews, CEO of AFL NSW/ACT, Sam Graham, and Head of Customer and Community at the Sydney Swans, Kelle Storey.

The Vinnies CEO Sleepout aims to raise much needed funds to provide crucial assistance to people experiencing homelessness, with the aim of permanently breaking the cycle of homelessness for as many people as possible.

Sitting on the Board of the AFL Player led youth homelessness charity, Ladder, this is a cause close to Graham’s heart.

With more than 105,000 Australians sleeping rough on any given night, Graham said he was staggered to realise that this number is more than what could fit in the Melbourne Cricket Ground for a sold out AFL Grand Final.

“Not only is the figure shocking, I am also concerned by the fact that 44% of those experiencing homelessness are women, and that 17,000 are children under the age of 12,” Graham explains.

“To sleep rough for a night is the least I could do to help raise much needed funds for people who are unfortunate enough to experience this on a regular basis.”

The hallowed Sydney Cricket Ground turf will act as the bedding for the 350 New South Wales based CEOs and Executives taking part in the winters night event.

“Some advice from the curator – he says that the surface is quite comfortable but do avoid the middle as the cricket wicket is quite hard,” said Barkley.

“And it’s a sleep out, not a sleep in, so you won’t be able to access the members pavilion if it rains!”

Barkley was also quick to warn his colleagues about the morning after when ‘Buddy’ comes out to train for the Sydney Swans vs. Essendon match being played at the SCG the following night.

The Vinnes CEO Sleepout has raised over $35 million during it’s 12 years of support to the St Vincent de Paul Society.

If you would like to contribute to Sam Graham’s fundraising campaign – please visit his Vinnies CEO Sleepout donations page here – https://www.ceosleepout.org.au/ceos/nsw-ceos/samgrahamafl/.