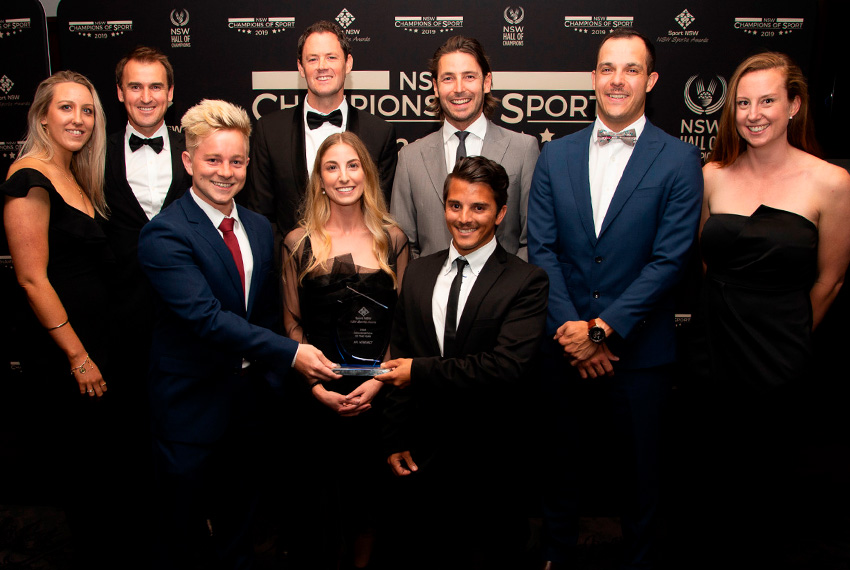 AFL NSW/ACT has been named the 2019 Australian College of Physical Education (ACPE) Organisation of the Year at the NSW Sports Awards at the NSW Champions of Sport Ceremony at The Star, Sydney, on Monday 18 November.

Chief Executive Officer Sam Graham accepted the award at the prestigious ceremony, recognising the positive impact the organisation has had in a number of areas this year.

“We are absolutely delighted to be named NSW Sport Organisation of the Year,” Graham said.

“It is a real honour to be acknowledged alongside so many successful people and organisations in the New South Wales sporting industry. This award is testament to the hard work and dedication of all of the people that work and represent our game across the state. AFL NSW/ACT continues to grow and develop our game to ensure that AFL can be enjoyed by everyone from grassroots to the elite level.”

AFL NSW/ACT were named ACPE Organisation of the year for a proactive approach to community club environments and dedication to diversity and inclusion. The organisation was also nominated for the Event of the Year for hosting the AFL National Inclusion Carnival for athletes with an intellectual disability which took place in Blacktown in 2019.