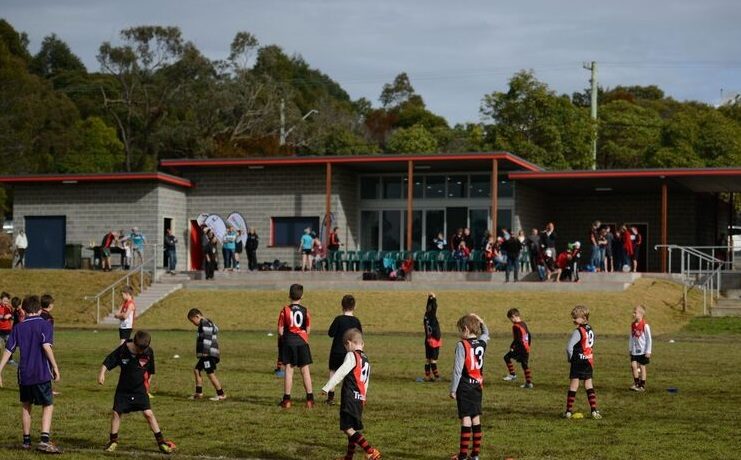 Building Sutherland’s Waratah Oval No. 4 into a first-class AFL community facility has been the dream of Miranda Bombers and Southern Power club stalwarts for over 11 years.

On Saturday – 51 weeks since the AFL announced their investment into the project – ‘Club Waratah’ was officially opened for use.

Having invested $700,000 into the facility, Club Waratah is the AFL’s second largest community infrastructure project in New South Wales – Blacktown International Sportspark being the largest.

“We all know that the Sutherland Shire and the surrounding region has an incredible sporting culture, and we [the AFL] firmly believe that creating quality environments for our kids and younger adults is incredibly important for the continued growth of our game,” La Posta said at the facility launch.

“We know that for too long in Sutherland, the facilities in comparison to the other sports have not been up to scratch.

“That was the case our team made to the AFL nationally to be able to make such a significant investment into a facility such as this.”

Sutherland Shire Mayor Carmello Pesce said the new facility is a great example of a council and a sporting code coming together for the good of the community.

“I’ve travelled around the Shire and have had a look at a lot of the facilities, and this is probably the best sporting facility we have.

“The reason we have it is because the code – the AFL – and the local council have gotten together and delivered something for our kids and our community.”

Club Waratah will be home to two of the Shire’s local junior and senior clubs, the Miranda Bombers and the Southern Power.

With Miranda enjoying 72% growth in numbers over the past three years, Mayor Pesce acknowledged the rising presence of AFL in the rugby league heartland.

“The AFL is a very fast growing sport, and to deliver a facility like this will make it grow even quicker.”

With ‘Stage One’ of the facility enhancement now complete, Mayor Pesce announced on Saturday that ‘Stage Two’ of the project will take place in the coming months.

The Sutherland Shire Council will invest a further $1.1m into a new state of the art playing surface, which will be installed during the AFL Sydney off-season.