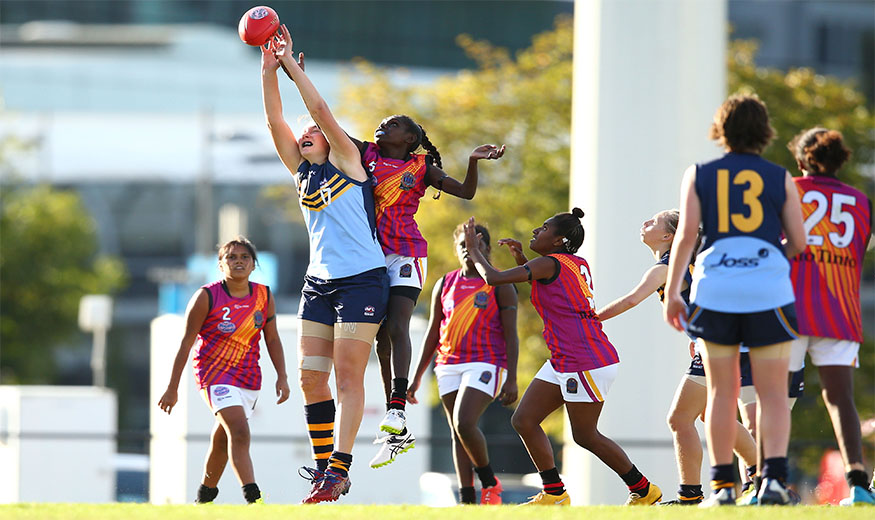 Providing a pathway into the Rio Tinto AFL Woomeras and Medleys programs, the Female Diversity Championships will see over 200 participants from Indigenous and multicultural backgrounds, come together to compete at the week-long tournament.

AFL General Manager of Game Development, Andrew Dillon said the Diversity Championships will again incorporate participants from both Indigenous and multicultural backgrounds across fourteen teams, representing all states and territories.

“With the great response to the national NAB AFL Women’s competition, these championships will showcase the talent of aspiring young female footballers with Indigenous and multicultural backgrounds from across the country,” Dillon said.

“Not only does the Championships provide players with the chance to showcase their talent and engage in a number of educations sessions, it also provides development opportunities for those in the Diversity Umpiring Academy.

“We are enormously proud of our partnership with the AFL supporting their Indigenous programs, which are now reaching more young Aboriginal and Torres Strait Islander people than ever before,” Farrell said.

“With the creation and success of the NAB AFL Women’s competition we look forward to seeing many more young Indigenous women fulfil their AFL dream, while also developing important skills for success off the field.”

Each respective Grand Final will be held on Friday, 13 October 2017 at Cavanbah Sports Centre in Byron Bay, with the official closing ceremony to follow.