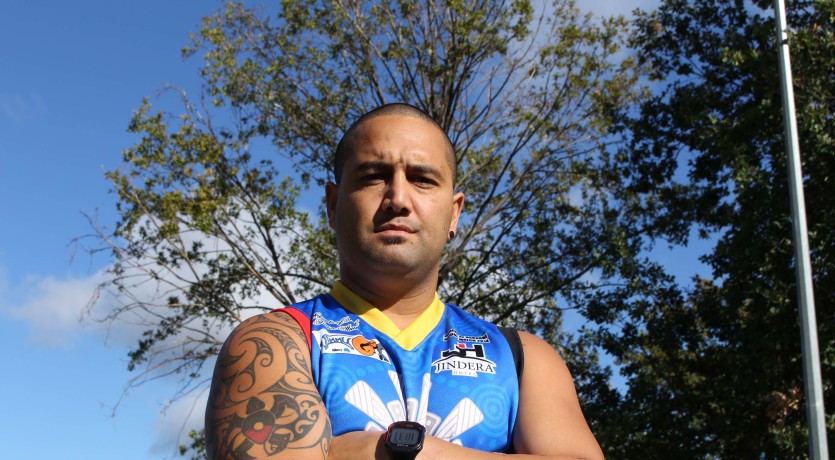 Jindera Clubman John Murray is extremely proud to see the Hume League celebrate the Indigenous Round for the first time in the league’s history.

Selected teams will wear black, yellow and red socks. Murray acknowledges that although it has taken some time it’s great to see the AFL implement such a positive initiative “It’s good to see the positive changes that AFL at the highest level are making towards reconciliation, which enhances the work that I and other advocates have done around cultural change. It’s a powerful thing, that a body such as the AFL are able to recognise Indigenous culture with a dedicated round.”

Off the field Murray is strongly involved with his local Aboriginal community, working for Albury City Council as the Aboriginal Community Development Officer. It was players such as Adam Goodes and Michael O’Loughlin who helped inspire him to contribute to his community “I look up to the likes of Goodes, because he is a strong advocate for cultural change. I think the work he does off the ground with Michael O’Loughlin and the Go Foundation is fantastic. Via my position I can appreciate what Goodes and O’Loughlin are doing for the community.”

Growing up wasn’t easy for Murray, coming from a single parent family “it was tough growing up and seeing drug and alcohol abuse, domestic violence and the everyday struggles that every Aboriginal family goes through with identity and acceptance”. Murray found footy to be a good escape from home life “At times when things were rough at home, football was a good release. It was a really good distraction from the everyday hardship”. However because of the struggles Murray dealt with, he still see the positive in it all “I can relate to the younger Indigenous generation through my life challenges growing up and give them advice.”

The Hume League have celebrated and shown respect to the Indigenous players and cultures in the past through the NAIDOC round which was led by the Jindera Football Club. Murray and Jerim Hayes worked together in 2011, to implement a tradition to acknowledge the Indigenous players in the Hume League, which still continues. Murray’s work with the NAIDOC Round inspired Merv Wegner (Hume League President) to encourage all teams to participate and align with the AFL’s Indigenous Round. Murray’s hard work for his community in the AFL will be something he will always remember “I’m honoured. It’s a great sense of achievement knowing that I have contributed to something so positive. I’m going to look back on this and leave a legacy, which is really exciting.”