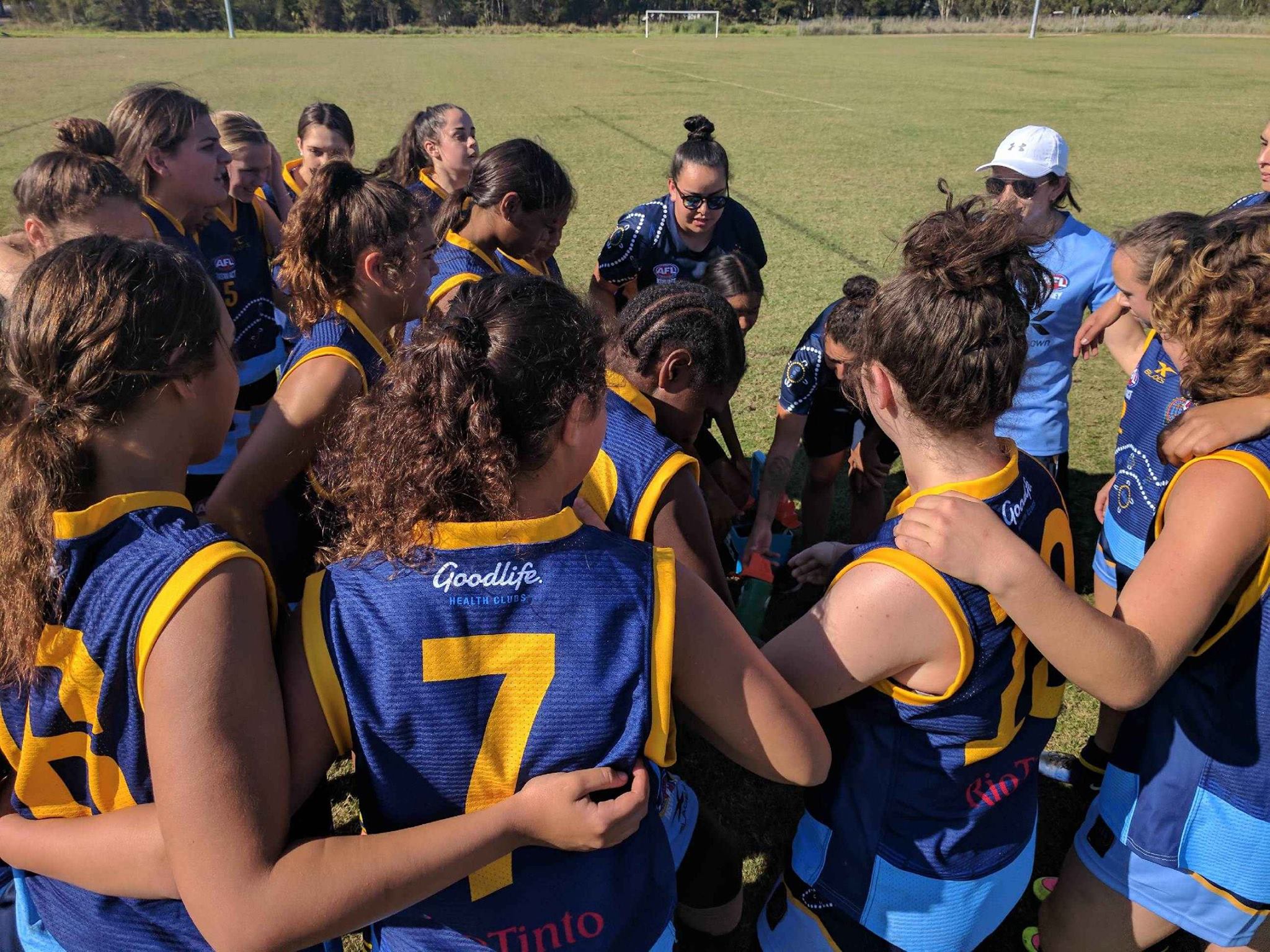 Kanayla Clayton (Sydney), Maleah Waters-Holten (Kempsey) and Mattarley Kelly-Scholes (Kempsey) join the program as a part of the Rio Tinto AFL Woomeras squad, while Sarah Heptinstall (Sydney), Emily Pease (the ACT) and Shannon Wright (Western Sydney) are in Melbourne as a part of the Medleys team.

Fifty Aboriginal and Torres Strait Islander and Multicultural players from across the country will participate in the six-day camp focussing on personal and cultural development and high performance training.

The program will see the Medleys and Woomeras participate in sessions including cultural education, nutrition, mental health and building team values. Held separately, each respective program will tour and train at AFL clubs before coming together to compete in two exhibition matches.

This will be the second Medleys program, mirroring the World Team pathway for boys of the same age, while the Woomeras team mirrors the Rio Tinto AFL Flying Boomerangs pathway for the boys.

“The AFL Medleys and Rio Tinto AFL Woomeras Leadership Programs are an incredible platform for young Aboriginal and Torres Strait Islander and Multicultural women to not only showcase their great talents, but to also develop leadership skills and the potential for them to become positive role models for their respective communities,” Mr Dillon said.

“This program is an opportunity for these aspiring women to experience and learn from being in a professional training environment. In addition to improving their on-field football ability, there is also a strong off-field focus around culture and identity.

“The camp will also provide an opportunity for the girls to watch the Western Bulldogs play against the Melbourne Football Club in what promises to be a great match in the NAB AFL Women’s Competition this weekend.”

Rio Tinto’s Managing Director Australia, Joanne Farrell said, “We are very proud to be supporting the Rio Tinto Woomeras program. The young women in this program will become the next generation of Aboriginal and Torres Strait Islander role models as they continue to follow in the footsteps of program graduates such as Emily McGuire who is currently playing in the NAB AFL Women’s Competition for the Fremantle Football Club.

“The AFL has the power to create positive social change, shift attitudes and help set the social agenda in Australia, with a captive audience of passionate supporters of the game and members of the clubs.

The Medleys will play against the Woomeras in a match on Thursday, March 15 at the Richmond Football Club (2.00pm) and on Saturday, March 17, at Victoria Park (12.00pm). It will be only the second time an all-Indigenous girls’ team will play an all-Multicultural girls’ side in an official match.

Participants for both programs were selected following a three-stage process where hopefuls attended state try-outs before being selected for the State Kickstart Team (Aboriginal and Torres Strait Islander) or State All Nations Team (Multicultural). Following the AFL National Diversity Championships held in Byron Bay in October last year, 50 participants were selected for the respective Medleys or Woomeras team.