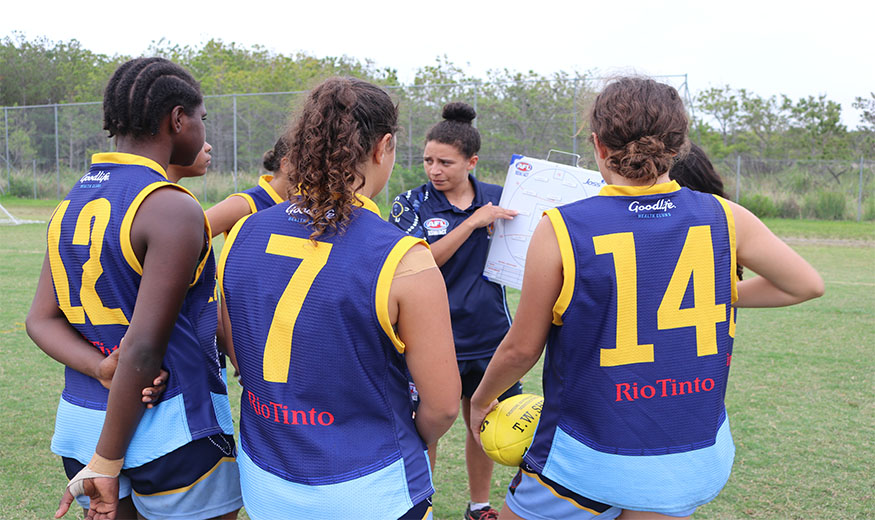 In partnership with Role Models and Leaders Australia,  students will come to Sydney to see the GWS GIANTS take on the Brisbane Lions as both battle to make the NAB AFL Women’s Grand Final.

Role Models and Leaders Australia is a provider of school-based programs for Aboriginal and Torres Strait Islander students in Australia, developing and empowering youth through leadership training, mentoring, sport and extra-curricular programs. Their ultimate goal is to assist at-risk youth in overcoming the common barriers that prevent them from completing their education.

Partnering with Role Models and Leader Australia is a great opportunity for AFL NSW/ACT to inspire and empower the next generation of Aboriginal and Torres Strait Islander leaders in the Mid-North Coast by using AFL as a platform.

“There are so many great leadership opportunities that come with playing sport, whether it’s team work, learning discipline, respect and responsibility or pushing yourself to your full potential,” says Frail.

“We hope that the girls enjoy playing AFLX – some for the first time – will have fun and be interested to play club footy. We also hope that they will feel inspired by watching the mighty AFLW GWS Giants take to the field, and that they feel playing professional football is a pathway they can take.

“We will be inviting interested young women to take part in our State Indigenous Talent Programs with the potential to be invited to represent AFL NSW/ACT in the U15 Female National Diversity Championships later in the year.”

If you would like to know more about AFL NSW/ACT’s Indigenous Programs, please contact Charlee-Sue Frail at charleesue.frail@afl.com.au.