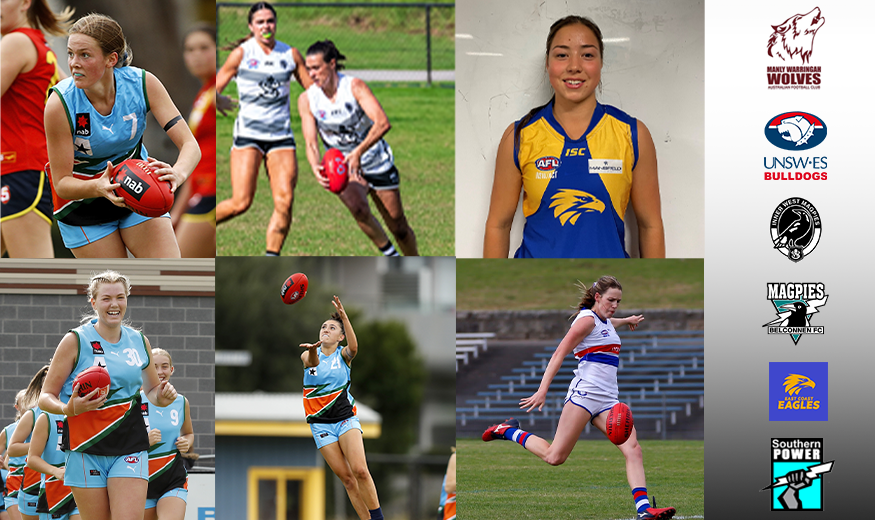 Footy fans in NSW and the ACT are celebrating today after six players from the region were drafted in last night’s NAB AFL Women’s Draft.

Five players currently playing for AFL Sydney clubs and one from AFL Canberra joined the GIANTS last night. They will play alongside 15 women on the GIANTS list drafted from NSW or ACT community clubs.

“Congratulations to all NSW/ACT athletes selected in last night’s NAB AFLW Draft,” said Tiffany Robertson, Head of AFL NSW/ACT. “These six players prove to all the girls and women playing footy that an elite pathway is possible through NSW and the ACT. It also shows the strength of AFL Sydney and AFL Canberra – competitions that are competitive on a national scale.”

The NAB AFLW competition will play its fifth season, beginning in 2021. Since the inaugural year in 2017, the number of women and girls playing football in NSW and the ACT has increased by more than 500 percent.

Darren Denneman, Talent Manager for AFL NSW/ACT, said: “I have no doubt the players selected in this year’s draft will have an impact on the AFLW competition.

“We’ve seen NSW and ACT players show the world what they can do, through Alyce Parker, Nicola Barr and others. Now it’s this group’s opportunity to make their mark.”