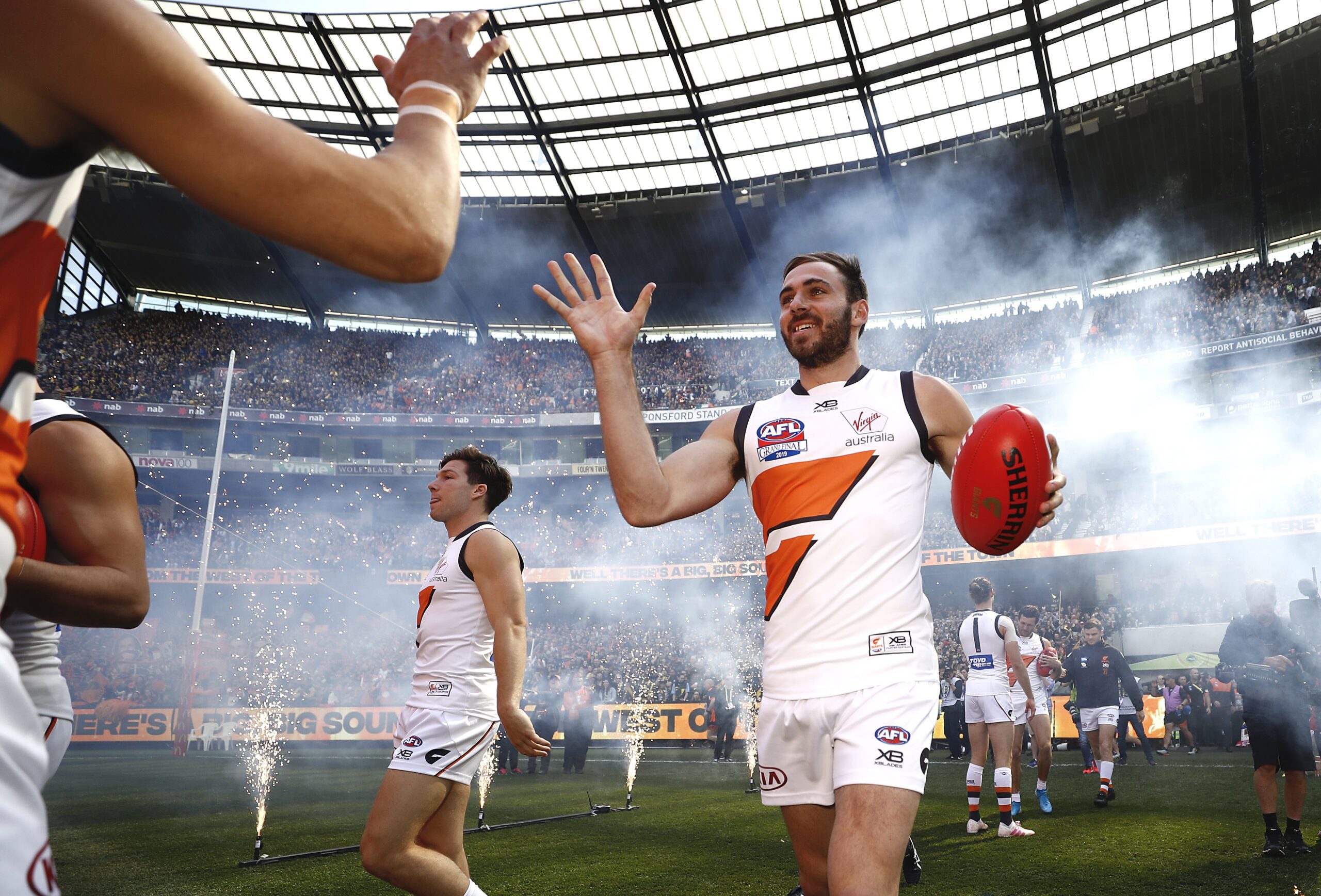 From the NSW town Culcairn, Finlayson played in the Hume Football League for the Culcairn Lions. In 2012 he moved to Sydney to join the GIANTS Academy program which kickstarted his footy career, resulting in him being picked in the 2014 AFL Draft. Finlayson made his debut for the Giants in 2017 and has played some epic footy ever since. He is an AFL NSW/ACT Indigenous Ambassador.

As a kid, he played for the Shellharbour Swans and he’s now a different breed of swan, a Sydney Swan. Bell played for the NSW/ACT U18s Rams and was in the Swans Academy. In 2017 he was picked in the rookie draft which led to his debut in 2019 for the Swans. As a child, he was a part of the AFL NSW/ACT Youth Indigenous Leadership Program and is now a proud Indigenous Ambassador for AFL NSW/ACT.

Growing up Zac Williams played an array of sports but ultimately chose to pursuit AFL. As soon as he was old enough he played Auskick, and then joined the Narrandera Eagles and played in the Riverina Football League. When Williams was 15 he attended the GIANTS academy program, which excelled his skills in being ready to be picked in the 2012 Rookie Draft. In 2013 he made his debut for the GIANTS, and by 2019 he was the first player for the GIANTS to reach 100 games.

Armstrong was born in Burrumbuttock, southern NSW and was a star in various NSW/ACT Rams rep teams.

Armstrong debuted in 2010 after being drafted to the Adelaide Crows. Shortly after, he was traded to his childhood dream team, the Swans, playing his first match in the red and white in 2012. He played 32 career games (including a brief stint with Collingwood), but that wasn’t the end for Armstrong.

After footy, Tony kicked off his media career and was the first Indigenous play-by-play football commentator on commercial radio. He hosts Yokayi Footy and is a regular on Offsiders.

Johnson was born and bred in Newcastle and is recognised as the first-ever Indigenous footballer to play in the VFL. He played his first game when he was 21, for Fitzroy in 1904. He went on to play 55 games and is a major contributor to paving the way for other Indigenous players.

The Sir Doug Nicholls Round is played across the AFL’s Round 11 and 12 this year. It will also be celebrated at community footy matches in NSW, the ACT and around Australia.  #AFLDeadly