Sam Mostyn appointed an Officer in the Order of Australia 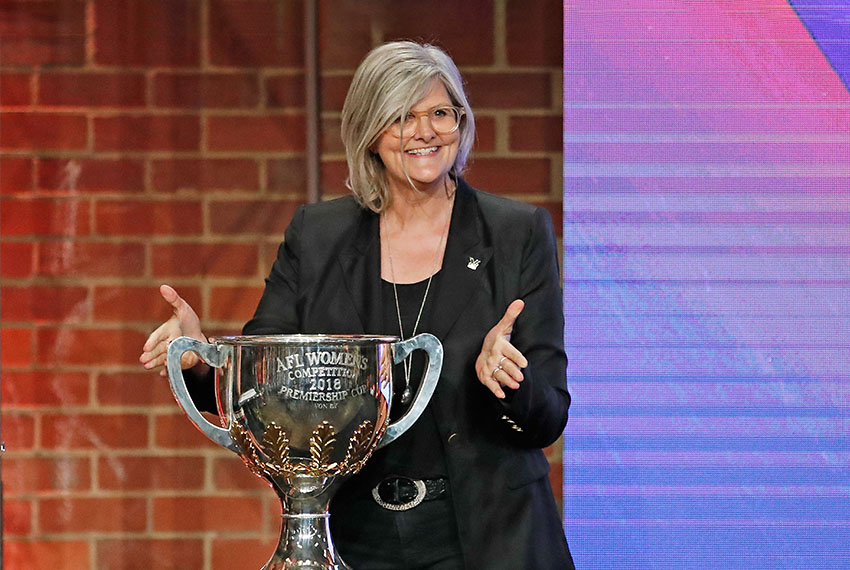 She has long been an inspiration to many at the Sydney Swans, and yesterday director Sam Mostyn was acknowledged with Australia Day honours.

Mostyn has been appointed an Officer in the Order of Australia (AO) for her services to business and sustainability, to the community, and to women.

The first woman appointed to the AFL Commission in 2005, she served on the Commission for 11 years and was a trailblazer for women in the industry. Mostyn was a key figure in the establishment of the AFL’s Respect and Responsibility Policy and was among those who led the push to establish AFLW.

Appointed to the Sydney Swans board in 2017, Mostyn is the chair of the club’s Diversity Action Plan Committee, which established the club’s plan to advocate in four key areas, including LGBTIQ+ pride, multicultural inclusion, disability empowerment and the advancement of women. She is also on the board of the GO Foundation, established by Sydney Swans greats Adam Goodes and Michael O’Loughlin to empower and support Indigenous youth.

With an impressive list of career achievements spanning corporate and government affairs, business, legal affairs, sport, social inclusion and the arts, Mostyn serves as the chair of Citi Australia’s consumer bank, and is on the boards of Mirvac, Transurban, the Foundation for Young Australians, Ausfilm, The Climate Council, and the Centre for Policy Development.

Her work to advance women includes serving as the chair of ANROWS (the Australian National Research Organisation for Women’s Safety), and she was previously the deputy chair of the Diversity Council of Australia. Most recently, she was appointed president of Chief Executive Women.