AFL NSW/ACT will be represented by Yvette Andrews, who has been selected as the inaugural NAB AFLW Community Cup Ambassador for her outstanding contribution to female football in the region.

Andrews is the Vice President of Inner West Football Club and was the Founding Secretary of the Sydney Women’s AFL.

On the field, Yvette was the first female footballer to play 100 games in Sydney, she also represented New South Wales four times and was in the SWAFL team of the decade.

Yvette is a Life Member of AFL Sydney due to her enormous contribution to the growth of women’s football and is also one-half of the namesake for the AFL Sydney Women’s Division 2 Best & Fairest medal, named the “Andrews-Burgmann” medal.

Yvette was also on the inaugural AFL National Women’s Advisory Committee in 2002 and was on the GWS Giants women’s advisory committee when the Giants were establishing their AFLW team.

The inaugural NAB AFLW Community Cup Ambassador program was established to recognise members of the female football community who have been instrumental in facilitating and nurturing the remarkable growth of women’s football.

Each NAB AFLW Community Cup Ambassador receives a $1,000 grant from the Women’s Football Fund to donate to the club of their choice and the opportunity to be involved in the NAB AFLW Finals Series later this year.

Yeronga South Brisbane Devils Football Club player, Jamie Howell has been selected to be the 2021 NAB AFLW Premiership Cup Ambassador.Jamie, who is profoundly deaf, captured the hearts of many people last year when her teammates surprised her by performing a rendition of their club theme song in Auslan, following a win in the QAFLW.

As part of her role, Jamie will be involved in the 2021 NAB AFLW Grand Final and present the NAB AFLW Premiership Cup to the winning team.

“It’s fair to say 2020 served up some pretty ordinary moments for all of us, but the moment when the Yeronga South Brisbane Football Club surprised Jamie with a rousing rendition of their club song in Auslan certainly captured the hearts and minds of all,” Ms Livingstone said.

“The football community is known for embracing each other regardless of a person’s background or ability, and the Yeronga Devils have demonstrated above all else they respect and value one another. Jamie is an amazing athlete in her own right and is a role model for other women and people in the Deaf community that you can achieve anything you put your mind to.

“Jamie and her team represent the true spirit of the AFLW community – inclusiveness and passion, so we’re delighted to have Jamie involved in the AFLW season in her role as 2021 NAB AFLW Premiership Cup Ambassador.” 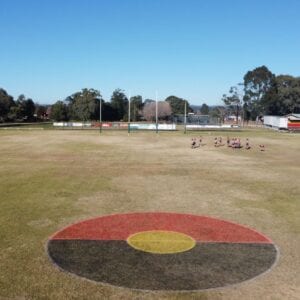 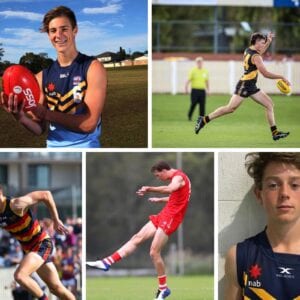 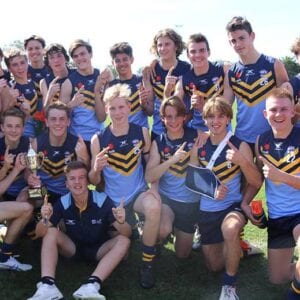