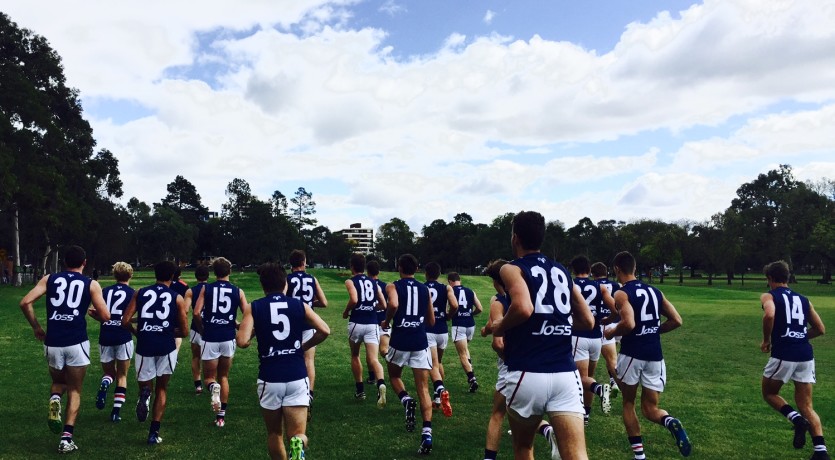 The NSW/ACT U18 Rams impressed in their opening match of the year against Vic Country and another positive performance is expected this Saturday (April 16) against the Calder Cannons in Round 3 of the TAC Cup.

The Rams are on a high following Sunday’s 19-point victory and another strong side has been selected to head to Melbourne this Friday for Saturday’s match at noon at Rams Arena.

The coaching staff are quietly confident about their chances against one of the most consistent teams in the TAC Cup, but AFL NSW/ACT State Talent And Coaching Manager Darren Denneman is wary of the travel factor.

“This week will be another huge challenge,” Mr Denneman said.

“We arrive in Melbourne late on Friday and the bounce is at midday on Saturday so we don’t have much time to prepare.

“However, the group handled last weekend’s trip with ease so hopefully it won’t pose any problems against the Calder Cannons.”

Click here to view the NSW/ACT U18 Rams team to play in Round 3 of the TAC Cup against the Calder Cannons.

*Joe Stapleton (Sydney University) has been added to the list

The Rams second TAC Cup match is against Dandenong Stingrays on Saturday April 23 at Frankston Oval.

The team will be announced on the AFL NSW/ACT website next Tuesday (April 19).

A full report on the match against Calder will be available on the AFL NSW/ACT website on Monday (April 18).