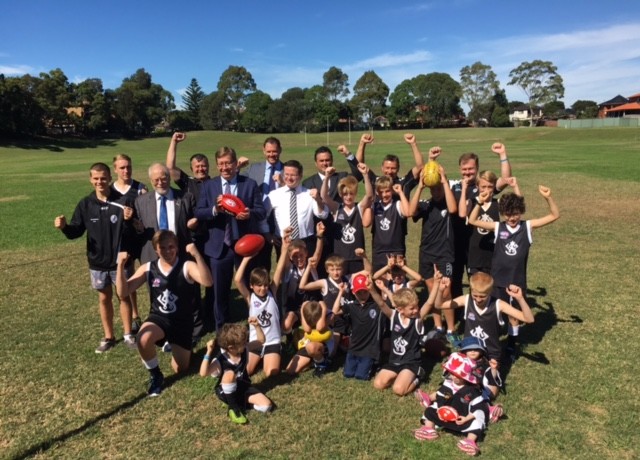 AFL in Sydney’s south-west has received a significant boost after it was revealed W H Wagener Oval in Ashbury will undergo a major redevelopment thanks to a $1 million grant from the NSW Government.

The facelift will include an upgrade of the seating area and new floodlighting to make the facility suitable for AFL.

W H Wagener Oval has a long-standing association with AFL since it hosted its first game in 1983.

The venue held several grand finals in Sydney’s premier AFL competition during the 1990s and it serves as the home ground of the Western Suburbs Magpies Junior Australian Football Club.

AFL NSW/ACT Chief Executive Sam Graham said it is a great result for kids in the local area.

“Our junior participation levels across Sydney have grown by 10 per cent this year so this kind of support from the government and local council is crucial to meeting that demand,” Mr Graham stated.

Mr Grant said the NSW Government is committed to enhancing local sports facilities to meet the needs of growing communities.

“I look forward to the local community enjoying the sporting precinct that will be home to the region’s AFL stars now and well into the future,” Mr Grant said.

“This significant upgrade to the oval is a terrific boost to south-west Sydney and well-deserved by the passionate sporting community.”

To find out more about the Western Suburbs Magpies, please click here.