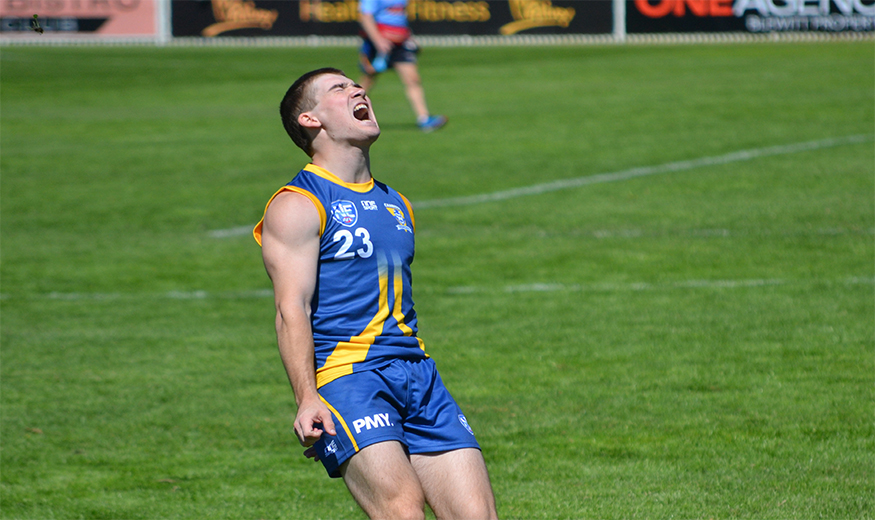 With local leagues on hiatus for the Easter Long Weekend, the NEAFL took charge of footy within the New South Wales and the ACT region.

It was a fast start from both Sydney University and Redland at Henson Park, with each hitting the scoreboard early. However, it was the Students who would go into the first break in front, and stay in poll-position for the remainder of the match.

Sydney University were able to stick with an undefeated Brisbane Lions at the top of the ladder, but not before overcoming a courageous effort by a winless Redland.

Keeping pace with their much more fancied opponents for the majority of the match, Redland forced Sydney University into over-drive in the final term.

The Students turned a 21-point lead at three quarter time into a 57-point margin by the final siren, locking top spot on the ladder in place.

Jake Derickx was as reliable as ever up front for the Students, joined by best on ground, Damian Bonney who also added three.

Sydney University will face a test in Round 4, taking on Aspley in Brisbane next week.

The GIANTS’ unsettled start to the season continued on Saturday, going down to the Canberra Demons by 16 points at Alan Ray Oval.

Leading at half-time, the defending Premiers fell away as the Demons took control at home.

Harry Perryman and Matt de Boer were again standouts for the GIANTS, however, were unable to stop the Demons in the second half.

Clinging to the lead by two points going into the final term, Sam Martyn’s 34 disposals and Kade Klemke’s 27 disposals for the Demons, were able to get the home side over the line in an upset victory.

The GIANTS will face a rested Sydney Swans next week in a NEAFL Sydney Derby curtain raiser to their senior counterparts at the SCG on Saturday.

Canberra will head north to Queensland to face an embattled Southport.

SYDNEY SWANS had the bye.