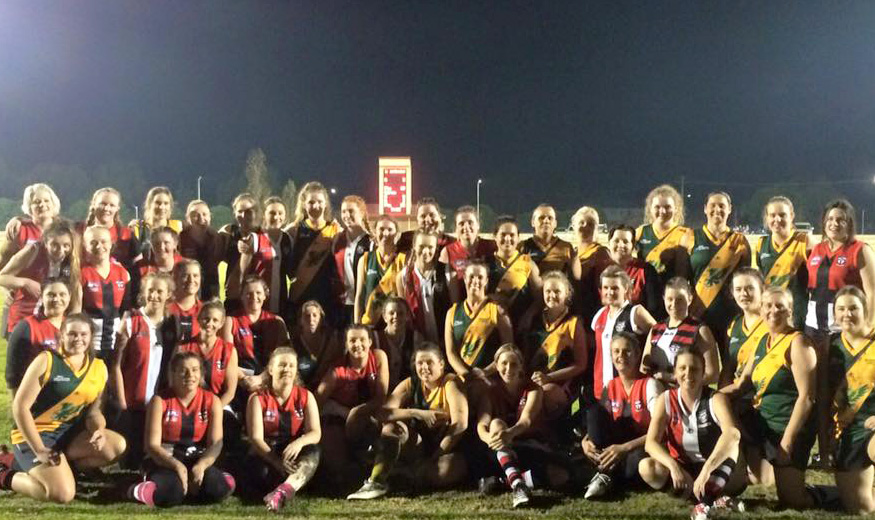 AFL North West will launch the inaugural Women’s competition in the region this weekend, with four teams set to compete in the new tournament.

The competition comes off the back of a surge in popularity for AFL in the region. Last year’s Junior competition exceeded expectations and the successful AFLW led to strong demand for female football in the region.

Regional women’s competitions have already proven successful in the AFL’s Black Diamond, Broken Hill, and Sapphire Coast leagues. The move into ALFNW is another positive step for the game in New South Wales.

“Demand for Female Football is high across the country, and the New South Wales North West region is proving to be no different,” says Davis.

“It is wonderful that the League is creating opportunities for females to play footy and we can expect these opportunities to continue to grow across Junior, Youth Girl and Senior football.

Just because it is the league’s first season, it does not mean the clubs involved will be taking it easy.

The Inverell Saints have announced two club legends will be involved in coaching their women’s team. Darren Pay will coach the team after taking the reins during their exhibition matches last year. Joining him as an assistant will be Dick Gleeson, who coached the men’s team to their first premiership in 2007.

AFL has seen a great resurgence in North West New South Wales over the last decade. After the league folded in the early 1990s, Tamworth AFL brought the competition back at the turn of the century.

“It’s certainly an exciting time for all football in North West New South Wales,” Hannah Davis says. “Not only will these female teams inspire other females to take up AFL, but they will also generate many benefits to football clubs in the region more generally.”

Sydney Swans ruckman Sam Naismith emerged from the Tamworth competition, and his success has helped the rise of the sport in the region. Naismith’s appearance in the 2016 Grand Final sparked even more juniors to be involved in the game in 2017.

Participation numbers have grown dramatically, and the new Junior’s and Women’s leagues are a strong sign of this. Greater Bank has also come on as a major sponsor, signalling the strength of AFL in the region going forward.

If you or someone you know would like to get involved in women’s football in the Northern region, visit play.afl.