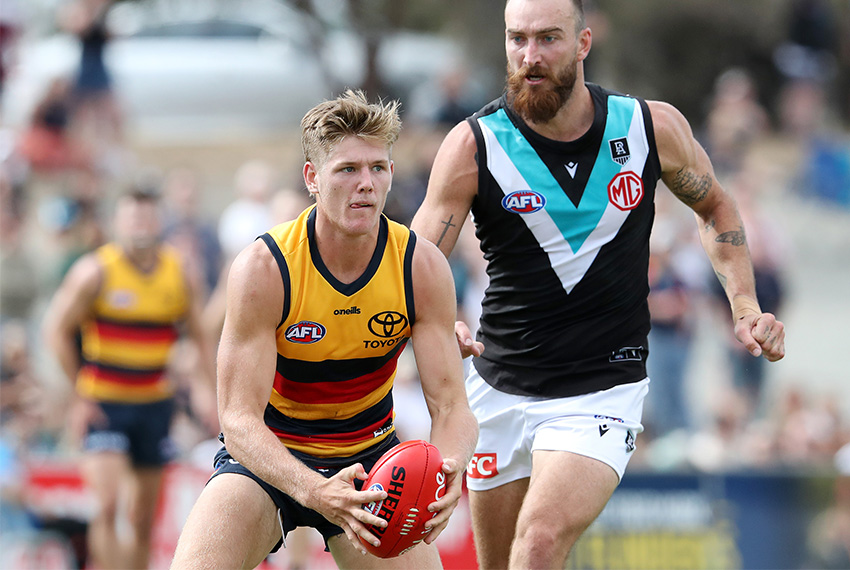 The Adelaide Crows have signed emerging tall defender Nick Murray as a rookie for the 2021 season.

The 20-year-old was overlooked in the past two drafts but has earned his spot on an AFL list after impressing since joining the Crows for pre-season training earlier this year.

After playing in both pre-season games against Port Adelaide, he joins Adelaide’s list via the AFL’s pre-season supplemental selection period which closes on Tuesday.

Murray hails from Southern New South Wales and played eight games as a key defender in the GIANTS’ reserves side in 2019.

Last year the former Murray Bushrangers co-captain was planning to play with Williamstown in the VFL before Covid-19 hit and he returned to NSW where he played mainly as a forward for Ganmain Grong Grong Matong in the Riverina Football League, booting 12 goals from seven games including a bag of four against the Wagga Tigers.

“Four or five months ago I was playing local league in my hometown,” Murray told afc.com.au.

“To come here (and play) on some of the best forwards of the AFL, it’s been a great learning curve.

“The boys have helped me out so much and Burnsy (Scott Burns) has been great.”