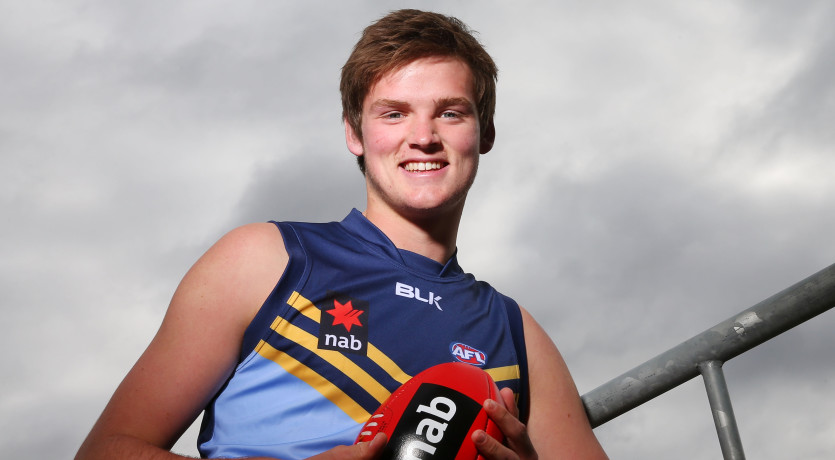 Matthew Flynn has his fingers crossed for an AFL call up. (Photo: Michael Dodge/AFL Media)

By Callum Twomey
Highly rated Greater Western Sydney academy pair Jacob Hopper and Matthew Kennedy are among 25 players eligible to be listed by the northern academy clubs at this year’s NAB AFL Draft.

Hopper and Kennedy, tipped to attract rival clubs’ bids in the top 10 at November’s draft, are two of the eight players nominated by the Giants as possible academy selections.

Callum Mills (Sydney Swans) and Brisbane Lions pair Ben Keays and Eric Hipwood are the other likely first-round selections who are tied to academy clubs under the bidding rules.

This year’s nomination process has changed to fall in line with the introduction of live bidding during this year’s draft.

Last year the academy clubs had to nominate their eligible group of players and then confirm a second nomination closer to the bidding meeting on the opening morning of the trade period.

But this year the four clubs only have to name the players eligible for academy selection at this point of the process, with the next step coming on draft night.

If a rival bids for Mills, for instance, the Swans will then get the option to match the bid. The same applies for all of the 25 players if a bid comes for them during the draft.

The technology required for live bidding is being developed by the AFL and statistics partner Champion Data and is expected to be ready for draft night.

This article originally appeared on afl.com.au