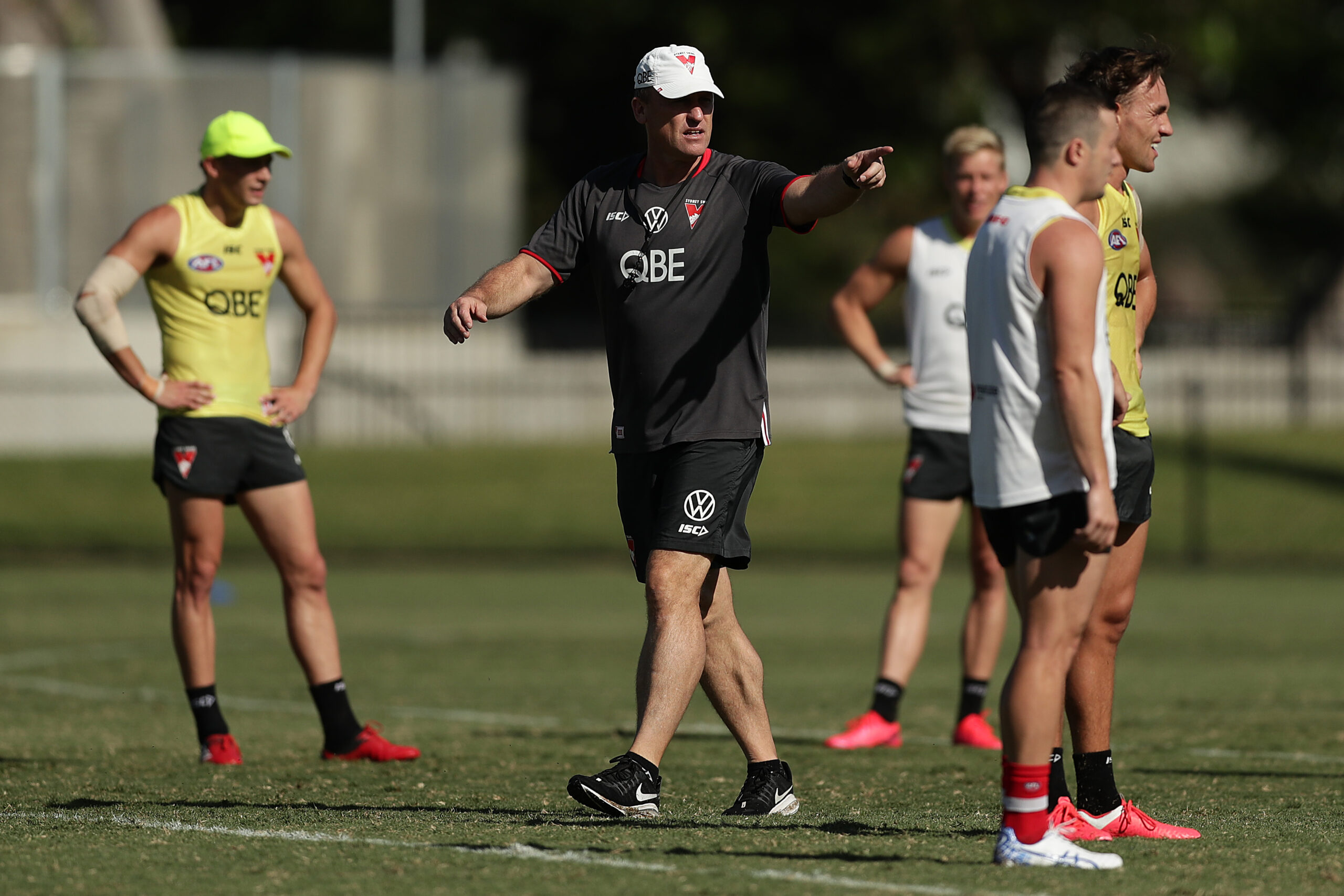 John Longmire’s eight goal haul in NSW’s epic 1990 win over Victoria was a Hall of Fame effort in itself but it’s just the tip of the iceberg when it comes to his family’s contribution to footy in New South Wales.

Four generations of Longmire’s have played, coached and administered football in NSW with three of those representing the state.

John’s grandfather Walter Longmire was the first to wear the sky blue when he played for NSW at the National Carnival in Melbourne in 1927.

Sixty-one years later John made his senior debut for the state as a 17-year-old in the 1988 Bicentennial Carnival in Adelaide. John’s son Thomas continued the tradition when he represented the NSW Primary Schools team in 2015.

Donning the state guernsey isn’t a custom that only travels down the Longmire line it’s also spreading through the branches of the family tree.

William Chandler (son of John and Beau’s sister Shelly) has also played for the NSW Primary and Secondary School teams.

It’s a production line which continues to grow as does John’s legacy at the Sydney Swans.

John is now in his 10th season as senior coach and his 20th at the club after working as an assistant for the previous decade. He has a 64% win-loss record, a premiership (2012), two runners up (2014 and 2016) and a total of 20 finals appearances. Last year was the first time the Swans have missed finals in his reign as coach.

This came after an outstanding 200 game career at North Melbourne where he booted 511 goals, won a Coleman Medal (1990) and played in the 1999 premiership team.

These exploits have the Longmire family’s service to the code pushing close to 100 years. They now sit very comfortably in the Pantheon of NSW footy families alongside the Quades, the Carrolls, the Danihers and the Strangs.

“I wasn’t aware of my Grandfather’s NSW connection when I played in 1990. But when my dad showed me the photo of Walter from 1927 it really resonated.”

Corowa’s geography made Melbourne the bigger influence in his early football universe but as time passed John’s connection to his home state became stronger.

“My passion for NSW was a slow burn,” Longmire said. “I started wearing the sky blue growing up, first at primary school level, then secondary and at 17 I was in the senior team”.

“What really made an impact was playing alongside all four Daniher brothers. It hadn’t happened at Essendon because of different circumstances so this was pretty special”.

“I roomed with Neale and we didn’t waste the chance to celebrate the win over the Vics. All four brothers were there plus their five sisters and Jim and Edna. Neale got back to the room at about 4am and woke me to up to have a cup of tea and tell me about the 80 metre goal he kicked. It’s a great memory because the Danihers are one of the great NSW footy families.”

It was also a memorable night for John’s father Fred who had to drive through the night to get to the SCG. He was running on two hours sleep after working through the early hours sowing a wheat crop. It was worth the trouble as the sight of John wearing the same guernsey his father wore brought back some boyhood memories.

“I remember mum showing me dad’s (Walter Longmire) jumper from 1927 with the Waratah on it,” Fred Longmire said. “Who would have thought John would be wearing the same jumper 63 years later on the SCG and to play the way he did.”

Walter played for Balldale in the Coreen League for more than 20 years winning premierships in 1930 and 1934 before finally retiring at the age of 44.

“The Coreen League was a very strong competition during those years,” Fred Longmire said.

“There were a lot of very good footballers who had played in the VFL working in the area. They would beat a lot of the Ovens and Murray teams of the day.”

Fred was a pretty handy footballer too, he also played for Balldale before moving to Corowa in 1967 and winning their Best and Fairest. The following year he played in their premiership team coached by former Richmond champion and 1967 premiership captain Fred Swift.

He also had a run with South Melbourne in the 1960s playing in a couple of practice matches.

“I’ve still got the VFL Football Record from one of those matches,” Fred said, “I was wearing number 48. I’m glad I kept it after John finished up at the Swans.”

John’s maternal grandfather Keith Williams was another big talent, playing for Fitzroy, captain-coaching Corowa and winning the Morris Medal for the Ovens and Murray Best and Fairest.

The Longmires are still very much a part of the Corowa area with Fred serving on the Council after a stint as Mayor and Beau running the farm which Walter selected 100 years ago called Sunny Hill..