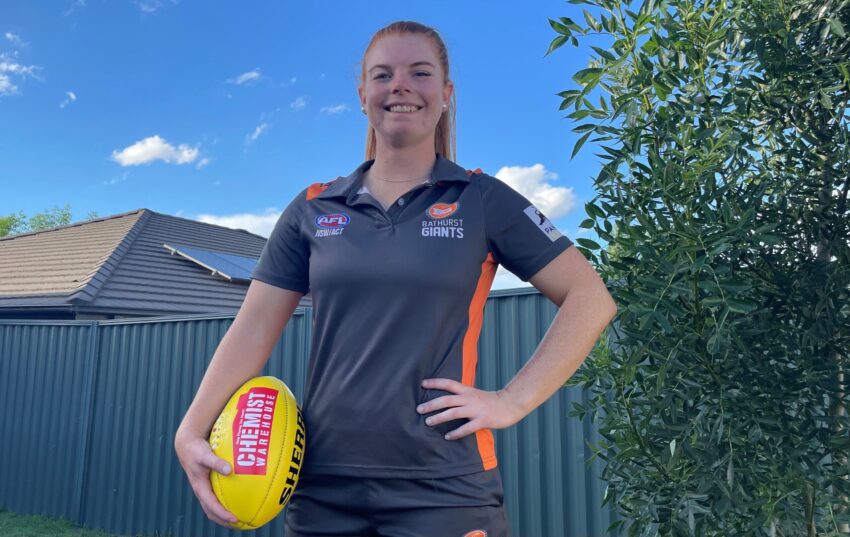 AFL NSW/ACT is calling for nominations for the 2022 AFLW Community Ambassador program.

The Chemist Warehouse AFLW Community Cup Ambassador program was established in 2021 to recognise members of the football community who have been instrumental in facilitating and nurturing the remarkable growth of women’s football.

Nominees can be anyone from an affiliated community club who has been a key driver of female football, whether that be in the form of a senior/junior player, coach, volunteer, umpire, club administrator, president or a dedicated fan who supports female football week-in, week-out.

The AFL will select one nominee each from NSW/ACT, Northern Territory, Queensland, South Australia, Tasmania, Victoria, and Western Australia to become a 2022 Season 7 AFLW Community Ambassador.

Each Chemist Warehouse AFLW Community Ambassador will participate in unique AFLW experiences and receive a $1,000 grant from the Women’s Football Fund to donate to the club of their choice.

The Chemist Warehouse AFLW Community Ambassadors will be unveiled alongside the 2022 NAB AFLW Premiership Cup Ambassador at the official 2022 AFLW Season Launch later this year.

Nominations must be submitted via the official online form below, with nominations closing at 11:59pm (AEST) on Sunday July 31, 2022

CLICK HERE to nominate. It only takes about five minutes!