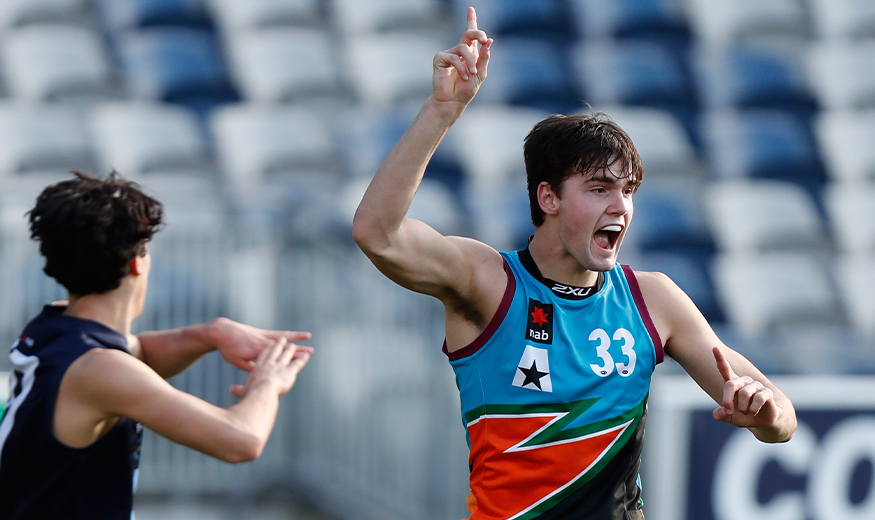 Former GIANTS Academy graduate Jarrod Brander will return home in 2022, signing with the club as a delisted free agent on Wednesday.

The 22-year-old grew up in Wentworth in southern NSW and was a member of the club’s Academy until his draft year when the Academy zones were changed and the GIANTS lost priority access to him.

Brander was selected at pick 13 in the 2017 NAB AFL Draft by the West Coast Eagles, playing 22 games over the past four seasons.

A versatile tall, Brander stands at 196cm and has played in a variety of positions across his career so far.

“We’re really excited to welcome Jarrod back to the GIANTS,” McCartney said.

“We obviously had a strong connection with him up until his draft year and have tracked his career closely.

“We identified a need to bring in another tall option and given we’ve lost some experience through retirements and delistings, it’s great to add a player who has already been in the system for a few years.”

The delisted free agency period opened on Wednesday with the NAB AFL Draft to be held on November 24 and 25.

The GIANTS’ first-to-fourth year players return to the club on November 29 with the senior group to start on December 6.