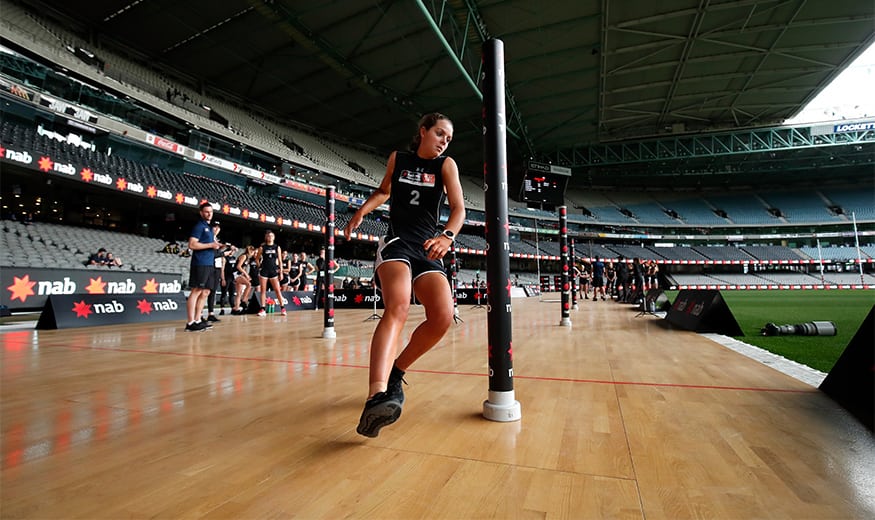 Yamba’s Brianna McFarlane has capped off an impressive 2018 NAB AFL Women’s Draft Combine with the announcement of her signing with the Brisbane Lions as a ‘Rookie from Another Sport’ for the 2019 AFL Women’s season.

But the announcement did not come before McFarlane took part in the Combine at Marvel Stadium alongside her AFL NSW/ACT Rams and Eastern Allies teammate, Lexi Hamilton.

Testing in areas such as agility, speed and endurance, players came from around the country to come up against one another, vying for positions on AFLW lists in 2019.

McFarlane, Hamilton and Alyce Parker from the AFL NSW/ACT region were all invited to the Combine having had stellar 2018 NAB AFL Women’s Under-18 Championships’ earlier in the year, with all three making the All Australian squad.

The 2018 NAB AFL Women’s Draft will be held on October 23 in Melbourne.