With the 2020 NAB AFL Draft fast approaching, we take a look at the top AFL NSW/ACT prospects vying for a spot on an AFL list for the 2021 season.

Considered one of the leading GIANTS’ Academy players in this year’s pool, the Canberra born midfielder is clean and smart with the ball in hand.

The 18-year-old suffered a hip injury prohibiting him from testing at the NAB AFL Draft Combine last month but will no doubt attract interest and could join fellow Marist College Canberra product Tom Green at the GIANTS next year.

Playing predominantly as a centre half-back while still rucking when required, Driscoll’s intercept marking and versatility for his size are his strengths.

A hard working forward midfield type who is diligent in his preparation, Rossman has the ability to extract the ball from congestion, provide breakaway from stoppages and also hit the scoreboard.

Similar to Braden Campbell and Errol Gulden, Sydney will get first call on Rossman as an Academy listed player.

Sheather played in all sorts of positions for the NSW/ACT Rams in 2019 and looked comfortable down back.

The 18-year-old is capable of playing well above his 185cm height given his strong frame, and has clean hands overhead.

A creative player who reads the game well, Pfrengle is capable of playing across the ground. The 17-year-old is extremely athletic for his size and is good with ball in hand.

A player who needs only a few touches or moments to catch the eye, Pfrengle attended the NAB AFL Draft Combine in Sydney last month and could attract plenty of attention come draft night.

The diminutive over-ager was thrown right into the cut and thrust of the midfield and hardly looked out of place playing for the GIANTS Academy this year.

Grant’s tenacity at ground level, defensive pressure and pace saw him invited to the NAB AFL Draft Combine last month where he finished second behind Errol Gulden in the 2km time trial, third in the standing vertical jump and first in the agility testing.

The 19-year-old capped off a brilliant 2020 campaign with a Premiership for the Queanbeyan Tigers in the AFL Canberra competition.

Another over-ager to make his mark this year was Sydney Swans Academy product Sam Thorne.

The 19-year-old won the Swans Academy MVP Award in 2019 and represented the Allies in the NAB Under-18 National Championships.

Capable of playing in both the midfield and defence, Thorne possesses a tireless work ethic and has elite skills by hand and foot.

Roseby works tirelessly in the midfield and is a very tough competitor.

The Sydney Swans Academy product is clean with the ball in hand, especially below the knees and his endurance and work-rate are second to none.

Hailing from the NSW Central Coast, Sydney Swans Academy graduate Reed van Huisstede is a key defender with enormous promise and courageous in the air.

The youngster played junior football with Newcastle City Blues and made his NEAFL debut for Sydney in 2018.

Last year, van Huisstede played NAB League with the Swans Academy and also had a taste of NEAFL finals football.

A former rugby union player, McAndrew is a developing ruckman who only recently entered the Sydney Swans Academy program and was mentored by former Swans player and ruck coaching guru Steve Taubert.

Taubert, Sydney’s senior ruck coach from 1999 to 2017, transformed Canadian rugby player Mike Pyke into a premiership winning ruckman for the Swans, so keep an eye out on McAndrew’s development.

QBE Sydney Swans Academy product Nick Brewer has tidy skills, is lightning-quick and has an outstanding aerobic capacity, making him a genuine threat on a wing or at half-back.

The youngster hails from junior club St Ives and the North Shore Bombers, and uses ball well with a penetrating left foot.

The 195-centimetre, 94-kilogram young gun played junior football with East Sydney before moving on to the UNSW-ES Bulldogs.

It was a packed 2019 campaign for Gaden, who represented the Swans Academy in the NAB League, the Allies in the NAB AFL National Championships, and played five games in the NEAFL.

The Coolamon product famously claimed a thrilling victory in the 2018 Grand Final Sprint, and could attract interest.

Another product from the Queanbeyan Tigers in Canberra, Frost tested at the NAB AFL Draft Combine last month and captained the GIANTS in the Academy series this year.

All information on the 2020 NAB AFL Draft can be followed through the AFL Draft Hub at AFL.com.au/draft. 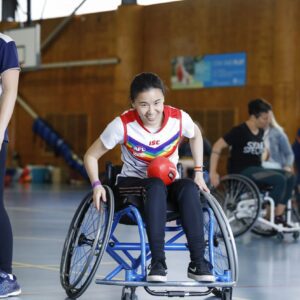