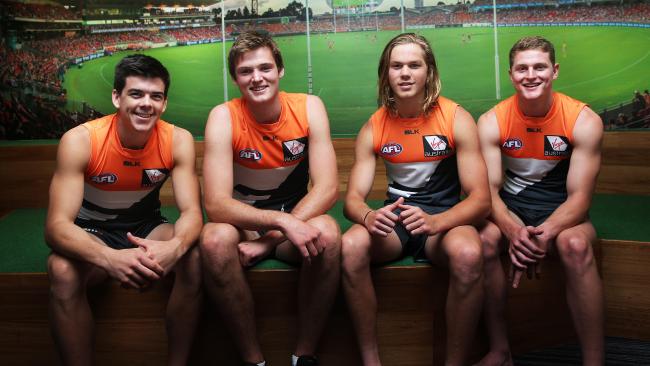 Those who say the academy recruiting pool is too large need to understand the positive effects the system is having on the AFL as a whole, according to GIANTS coach Leon Cameron.

This article originally appeared on the GWS GIANTS’ website.

The talent-rich Riverina area in south-west New South Wales is the biggest point of contention for some Victorian clubs, with the region a long-time breeding ground for some of the game’s best draftees.

All four players taken by the GIANTS in last week’s NAB AFL Draft – Jacob Hopper from Leeton, Matthew Kennedy (Collingullie), Harry Himmelberg (Mangoplah) and Matthew Flynn (Narrandera) – are from the region, and all four were bid on by rival clubs.

Harrison Macreadie (Henty), set to be one of the best tall prospects in next year’s draft, is also in the GIANTS’ academy zone.

Cameron believes those unhappy with the system need to step back and give it some time.

“People are always going to look at things that are working and start to pick at it, but I think it’s too early to judge in terms of the negative side of it,” he said on Monday.

“The positive side is that it’s promoting the game in an area which can be rugby (league) oriented.

“It’s also promoting jobs and new opportunities not only for players but for staff as well.”

Logan Austin and Dougal Howard were selected by Port Adelaide from the GWS academy in the 2014 national draft.

Cameron says the work being done by the GIANTS and the AFL in the Riverina was collectively great for the game.

“We can only control what we can control. We feel as though we’re doing a really good job in promoting the game of footy in New South Wales,” Cameron said.

“We’ll continue to pump of lot of money in there to promote the game.

“You can clearly see over the last couple of years that there’s more and more players coming out of that area.

“Yes, they’re coming to the GIANTS, but they’re also going to other clubs in the system as well.

“That’s what the academies were designed for, and if it’s working (we should) continue on.”