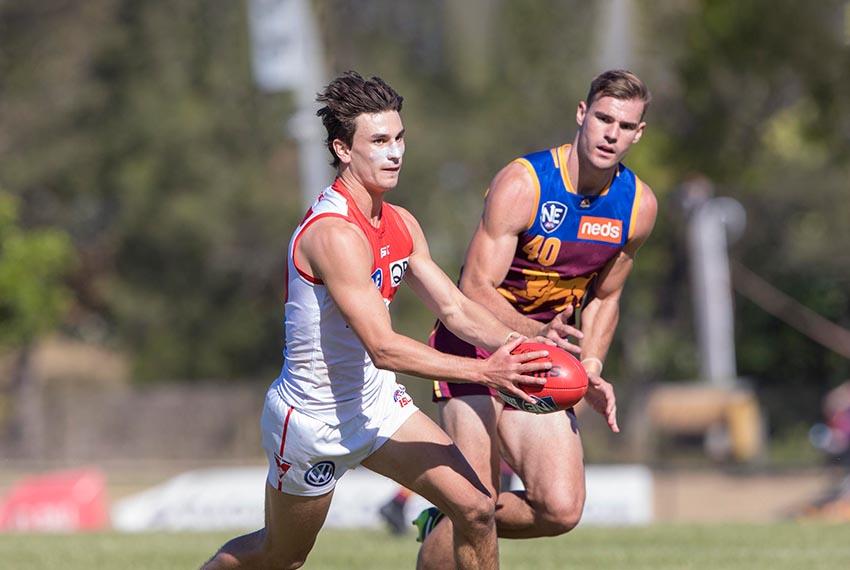 The 2020 Toyota NEAFL Premiership Season will consist of nine teams, four of which are based in NSW and the ACT.

The season kicks off on April 4th with the home-and-away rounds (21 weeks) concluding on August 22nd, with the fixture featuring up to 17 AFL curtain raisers at the Gabba, Metricon Stadium and GIANTS Stadium.

With nine teams battling it out for the premiership in 2020, NEAFL Operations Manager, Luke Gatti, anticipates a strong competition as the NEAFL enters a new era with Toyota.

“We are pleased to be able to schedule up to 17 AFL curtain raisers next year to provide increased exposure for our competition and aspiring young talent,” Gatti said.

“Our league continues to take steps forward each year, and we are excited to see what 2020 holds for the NEAFL and its clubs.”

All clubs will retain three byes with the 2020 Toyota NEAFL Grand Final set for September 12th or 13th.

Round 1 – GIANT season opener in Canberra

The Canberra Demons’ road to NEAFL redemption begins on home turf with Phillip Oval set to host two marquee games in the opening month, including the GWS GIANTS in Round 1.

Round 2 – The Sydney Showdown

Sydney University will host their first home game of the season in Round 2 against the Sydney Swans. An early win against Sydney’s experienced squad could be a catalyst for the Students’ 2020 season.

Round 2 – Canberra to host Southport on Good Friday

Canberra will host their third consecutive Good Friday clash against the Southport Sharks on April 10th with the match scheduled to take place at Phillip Oval from 2pm.

Arguably the NEAFL’s biggest rivalry, Canberra and Sydney University will go head to head four times in 2020, with the Demons’ to host the Students for the first time at Phillip Oval in Round 3 before they meet again in Round 8, 15 and 20.

Canberra and Sydney University will both host Anzac Day games at home on the 25th of April.

Round 6 – Can Canberra break the drought?

Canberra will continue to look for their first ever win over the Sydney Swans when they meet in Round 6 at Phillip Oval.

The GWS GIANTS and Sydney University will go head-to-head before the GIANTS and Collingwood battle it out in the AFL.

The GIANTS will host Sydney in what will bThe fourth and final instalment of the Sydney Derby falls on the 25th of July at GIANTS Stadium before the clubs do battle in the AFL.