Seven local players off to test at State Combine 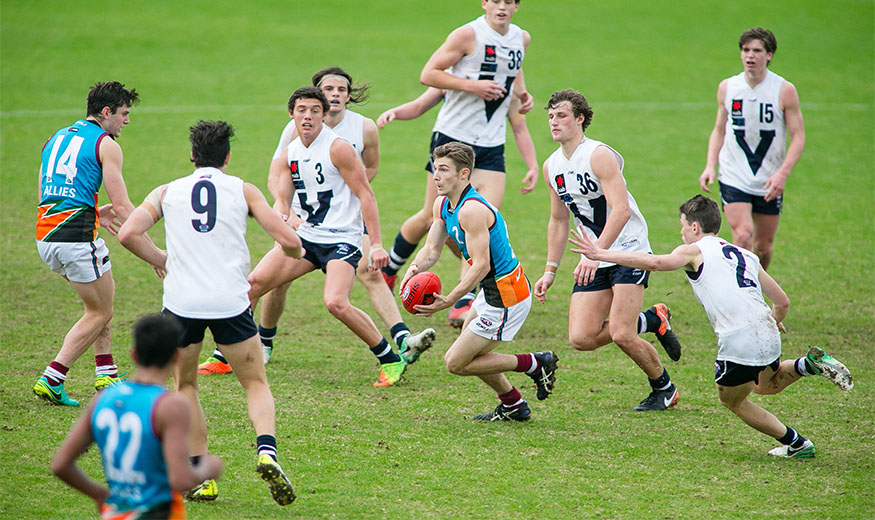 Seven players from the AFL NSW/ACT Talent Pathway have been invited to attend the 2017 NAB AFL State Combine on 6 October 2017.

Following in the footsteps of the five players already selected to attend the 2017 NAB AFL Draft Combine on 3-6 October 2017 in Melbourne, the newly announced seven players will also test for AFL Clubs ahead of the NAB AFL Draft in November.

In difference to those selected for the 2017 NAB AFL Draft Combine, the players selected today have been nominated by either two or three AFL Clubs, as opposed to the five or more.

Gaining a nomination from two clubs was Jack Hardman, who will test within the new ‘Rookie Me’ Combine set for 7 October 2017.

The State Combine will be a chance for AFL clubs to assess talent for this year’s NAB AFL Draft in person.

The State Combine will assess each player’s strength and skills through a number of tests including standing vertical jump, agility tests and running tasks.

Players will also be interviewed by recruiters as AFL clubs get to know them in an attempt to capture each player as a person both on and off the field.