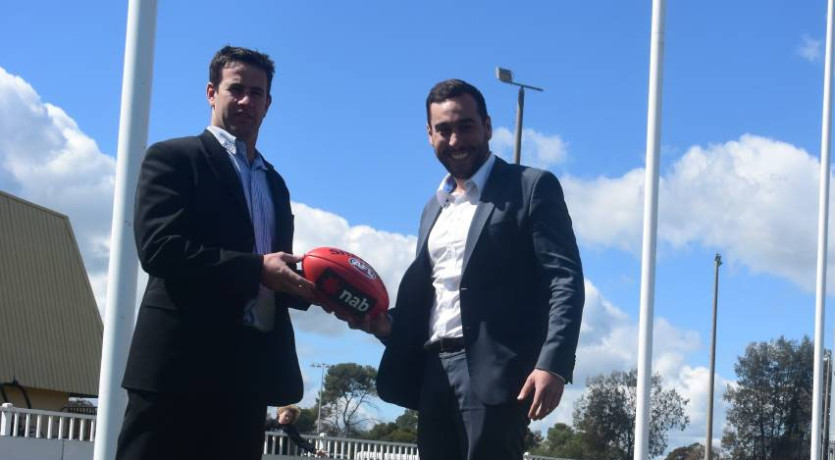 Wagga will host an AFL NAB Cup game and be the site of crucial sporting programs that address indigenous and multicultural issues under an $80,000 commitment from Wagga City Council (WWCC).

WWCC will allocate $40,000 to AFL NSW over the next two years to secure a NAB pre-season match and a NEAFL game, as well as the continuation of various community programs to further develop the sport.

Robertson Oval last hosted an AFL pre-season fixture in 2014, a NAB Challenge match between the GIANTS and St. Kilda.

Mayor Rod Kendall said WWCC came on board because the “highly successful” youth programs – including Kick Start centres in Ashmont and Tolland, player visits to schools and a multicultural AFL program in Wagga – were in jeopardy when the Department of Housing pulled its funding.

“It’s significantly important to youths and the engagement of youths that will have flow-ons to the community for years and years to come.”

Cr Kendall believed engaging youths in the game through the programs was “the real value for council” rather than securing top-grade games. Under the deal, indigenous and multicultural participants will receive free AFL club registration in 2016 and 2017.

Unlike WWCC’s $300,000 commitment to secure two pre-season games featuring the Greater Western Sydney Giants in 2012, Cr Kendall said the latest bid was more about “grassroots” engagement rather than bringing big games to the region.

In exchange for its contribution, AFL NSW will provide WWCC with $35,000 for local infrastructure projects, while AFL Riverina will provide $5000 towards upgrading the Robertson Oval canteen – the new site for the Giants Cup Schoolboy final and Paul Kelly Cup final over the next two years.

AFL NSW state operations and major projects manager, Joseph La Posta, said the unprecedented partnership with a local council was a first of its kind for the state.

“From a council point of view, I applaud them (on coming forward).”

Wagga’s rich footballing history looks set to continue on the back of this commitment.

Paul Kelly and Wayne Carey, two great’s of the game, hail from the area, as do current AFL stars Luke Breust and Matt Suckling.

The future also looks bright with several locals heading to next month’s National and NSW Draft Combines with hopes of finding their way onto an AFL list.

lLast Bance to impress before Draft
Aussie artists get behind Goodesr