Sydney set to unleash Mills through the midfield in 2021 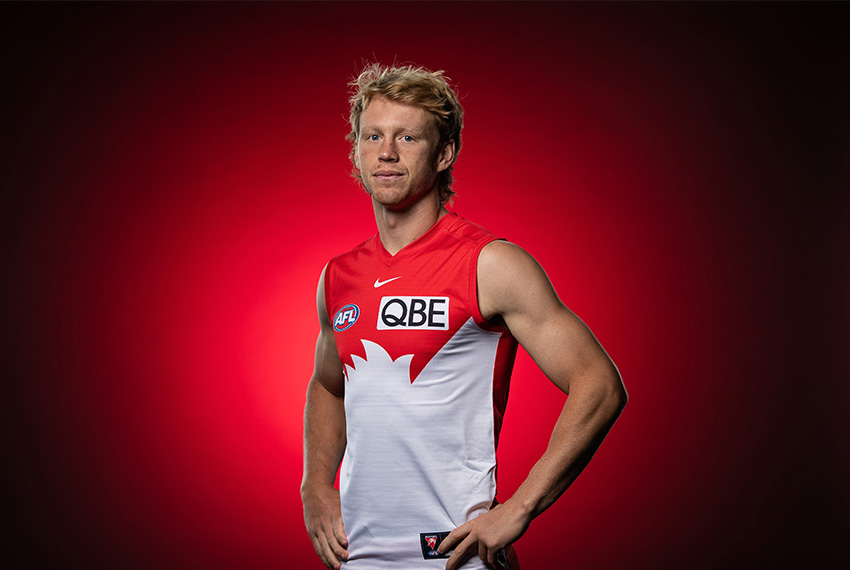 Sydney is ready to unleash Callum Mills through the midfield, with the Swans finally set to allow the youngster the licence to graduate from the backline and join a developing onball group in season 2021.

Mills, who was recruited to the club as one of the country’s most highly rated junior midfield prospects via the QBE Sydney Swans Academy, has spent the overwhelming majority of his first 92 games in the senior system across half-back.

It’s a position he has quickly become accustomed to and one the club has been reluctant to move him from, with Champion Data ranking Mills ‘elite’ across the entire competition last season for both intercept marks and intercept possessions.

But despite also leading Sydney in both of the aforementioned statistical categories, the 23-year-old appears set to finally return to the midfield ahead of the upcoming season where he will add to a collection of promising Swans youngsters.

“He’s been doing a fair bit of training through the midfield this year,” Sydney coach John Longmire told AFL.com.au.

“Two years ago, we trained him in our midfield. Then we lost Heath Grundy, Jarrad McVeigh and Nick Smith all at once, so we had to put him back. We’ve been rebuilding our defence to a large degree and a lot of experience has left our back six, so he’s been part of that.

“As that’s been progressing over the last couple of years and those guys have been playing a bit more together, it’ll allow him to play a bit more midfield and he’s been doing a fair bit of training through that midfield group.”

Champion Data notes that Mills has spent more than 90 per cent game time in the backline throughout three of his first four seasons at Sydney, but increased his midfield numbers to a career-high 15 per cent last year.

That figure now appears set to rise considerably yet again in season 2021, with the Swans enthusiastic about the prospect of Mills joining a midfield group that also features fellow talented prospects like James Rowbottom, Ollie Florent and Dylan Stephens.

“He’s got high standards of himself and of others and he’s an incredibly hard worker,” Longmire said.

“He just keeps on running and he keeps moving at a consistently high level for an entire game. We think he can add that. He’s also got that real competitive grunt, he’s a massive competitor. Whether he plays midfield or half-back, he can probably play forward as well, but that’s handy to have and it’s handy for the players around him.

“As that younger midfield group is coming through, to have a player like Callum running around and helping to drive the standards, we think that’s a real positive for the team.”

Mills’ impending shift into the midfield could lead to a shake-up in Sydney’s backline, with Tom McCartin set to replace the recently departed Aliir Aliir as a full-time key defender and youngster Will Gould another tipped to receive more senior opportunities this season.

The Swans are also set to begin fellow Academy prospect Braeden Campbell’s career in a defensive role, after the highly rated youngster arrived at the club with pick No.5 in last year’s NAB AFL Draft.

“We like what Braeden can deliver off half-back and through the midfield, just because of his kicking,” Longmire said.

“He can shift teams around a bit and use his speed. The new manning-the-mark rule, where the man on the mark can’t shift very far, if you’ve got players who can help exploit that through their speed or their kicking then that will be useful down the track.

“But we’re really teaching him a broad range of skills to be able to use him in a number of different areas. He’s still learning the game, so he’s still got a few things to learn at senior AFL level, but that’s fine because he’s got some great attributes.”

Mills isn’t the only Sydney player set to see more midfield time this season, with another of the club’s promising Academy graduates in Nick Blakey also expected to make an onball position their own.

Despite starting his career in a key forward post, Blakey emerged as one of the League’s brightest young prospects with a breakout game through the midfield against Greater Western Sydney late last season.

Blakey had 18 disposals and kicked two goals in the upset victory, with the 20-year-old continuing to develop his midfield craft working alongside Josh Kennedy and Luke Parker over the summer.

“At that size, he’s 196cm or 197cm, but that doesn’t necessarily mean he’s going to be a key forward just because of his build,” Longmire said.

“He’s still growing, not in the sense of his height, but he’s developing his body. He’s been knocked around a bit at different times over the last couple of years, but we introduced him into the midfield last season to give us that real run and carry.

“He’s got the speed to go and we like to be able to give him that licence. A couple of them, particularly Nick, we want them to play to their strengths and take the game on a bit more. It’s not always going to work for him, but when you’ve got the tools that he has it’s good to be able to use those tools.

“If that’s through the midfield, then we think we can get some real depth and precision kicking into our front half.”