NEAFL R18 Round Up – Uni back in winners circle 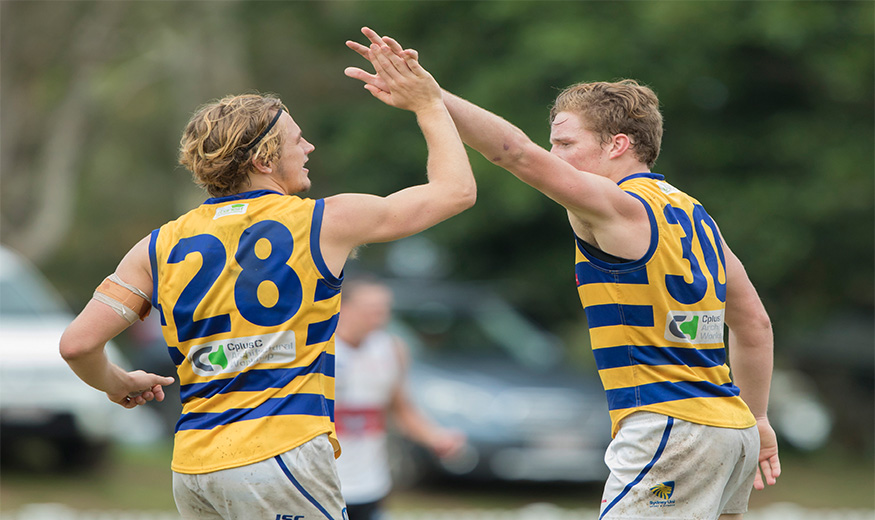 Sydney University has bounced back with a 63-point win over the Aspley Hornets at Henson Park on Saturday afternoon. The Students put in a dominant performance which sees them stay in third position, with only three rounds left until the finals.

The match at Henson Park was University’s first at the venue since their defeat to the Sydney Swans earlier in the season. They got off to a much improved start, kicking the first four goals of the match to hold a 25-point lead at quarter time.

Aspley fought back hard in the second quarter, with the Students only able to add a point to their lead going into half-time. Sydney University would go on to kick 11 goals in the second half to run out the game with a scoreline that reflected their superiority on the day.

A defensive shake-up led the way for the Students, as Xavier Richards and James Loneragan put in strong performances in the backline. Aaron Day and Austin Lucy were both impressive in front of the sticks, picking up three goals each.

Tom Young and Zac O’Brien again had stellar matches in the midfield. The rest of the competition should be wary of what is proving to be an ominous midfield-partnership around the stoppages.

University return to Henson Park next weekend to host NT Thunder in a massive encounter. A win over the Thunder would see the Students open up an eight-point gap on the table and all but mathematically secure a top three finish.

The Brisbane Lions AFL-listed experience proved too good for a the Canberra Demons on Saturday afternoon. The Lions left Canberra with the four competition points after a 94-point victory.

Fifteen goals in the second half saw the Lions walk over the Demons who were hampered by a number of injuries.

The Demons did their best to compete with a skilled Lions midfield but experience won out on the day. Alex Smout (27 disposals) and Sam Martyn (25 disposals) saw a lot of the ball and were the best for Canberra on the day.

The early injury suffered by Jordan Harper – a player with a massive presence around the stoppages – proved a massive blow to the Demons. Harper has been in credible form this season and the Lions were able to capitalise on his absence.

All in all, the Demons can take a lot out of their first three quarters but will be severely disappointed with their final term. Nine goals to one is not the type of performance they would be proud of with a finals place on the line.

The Demons sit one win out of the finals with three games to go, and host the GIANTS next weekend. With a poor percentage, wins will be the only way Demons make the finals from here.

A competitive opening quarter saw the sides kick two goals apiece, the Suns going into the first break with a one-point lead.

The GIANTS were relatively experienced considering their injuries this season, with 10 AFL listed players. However, the Suns were relentless for the remaining three quarters and would not lose the lead again.

Gold Coast kicked six goals in both the second and third quarters to open up a big lead that the GIANTS were unable to claw back.  A small fight back in the final quarter saw them decrease the deficit, but the Suns eventually secured a 31-point victory.

There were a number of impressive performers for the GIANTS despite the results. Matthew Walker kicked five goals, proving to be an imposing presence in the forward line.

Daniel Lloyd won a lot of the ball for the GIANTS, picking up 31 disposals and laying seven tackles to be best on ground for the away side.

As the GIANTS look to put in some more promising performances ahead of next season, they travel to Wagga Wagga next weekend. They take on the Canberra Demons who will be desperate for a win as they push for a finals position.