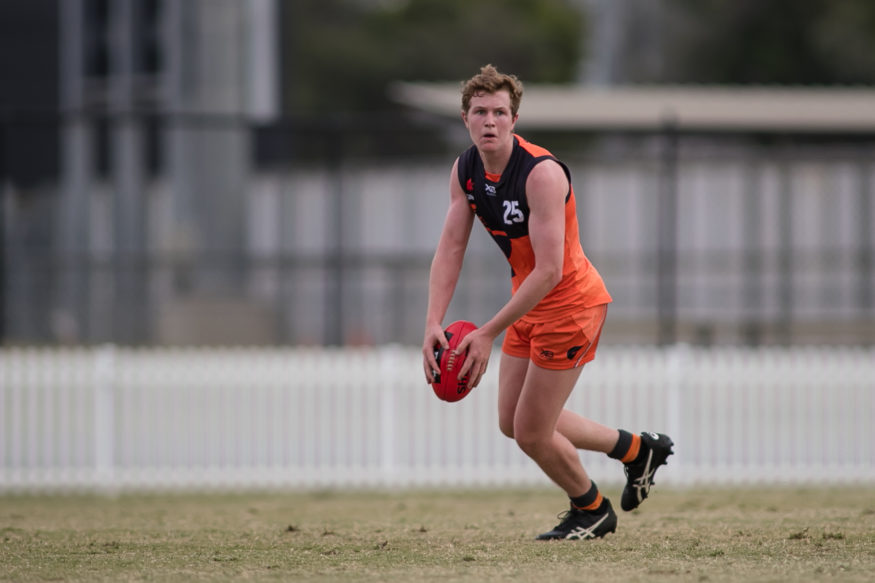 The Sydney Swans and GIANTS Academies have officially announced the teams set to play in their inaugural NAB League matches this Saturday at Blacktown.

For the first time, the Sydney Swans have named a season-long captain of their Under-18 side with Wollongong’s Sam Thorne selected to lead the squad into the new NAB League competition.

Top-age players selected for the Swans include the likes of Sydney locals Luke Parks, Lachlan Swaney and Noah Casalini.

Last year’s All-Australian Under-16 players, Errol Gulden and Braeden Campbell have both been named, while their fellow NAB AFL Academy members, Jackson Barling and Josh Rayner will also lace-up.

For the GIANTS, a host of 2018 Allies and Under 17s Rams have also been named.

Canberra’s Tom Green will look to continue his 2018 form as he enters his Draft year. After a pre-season which included training with the GIANTS senior side where he took out the 2km time trial, Canberra’s Matt McGory will also be looking for results, as will his NAB AFL Academy teammate, Coolamon’s Liam Delahunty.

Five ‘over-agers’ (19-year-old players) have been selected for the GIANTS with last year’s State AFL Draft Combine attendees in Sydney’s James Peatling, Ardlethan’s Jeromy Lucas and Henty’s Nick Murray all gaining call ups to the side.

Where: Blacktown ISP Oval One

Where: Blacktown ISP Oval One