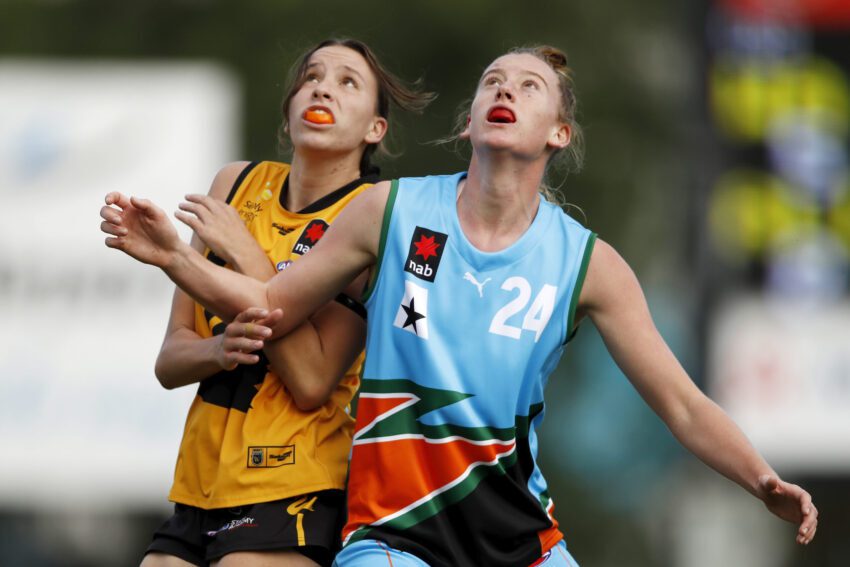 The AFL advises that it has updated the schedule for the 2022 NAB AFLW National Championships for under 18 girls to include Western Australia, following recent changes to WA’s border rules.

In February, the AFL released the schedule for the highest standard of girls representative football as part of the Talent Pathway Program, to take place in March and April.

Since then, the WA Government announced the opening of the WA border from March 3. As such, the schedule for the NAB AFLW National Championships has been reworked, now that the WA team is able to travel and compete against other state teams.

WA will travel to take on South Australia on Sunday 10 April and then Vic Metro on Friday 22 April, an exciting development for the most talented girls in WA and in other states who will now be able to compete against more of the country’s best young players.

The inclusion of WA is part of a revised program structure in 2022 which, where possible, involves same day travel for teams and replaces the carnival model which was originally planned for and would’ve had all teams spending a number of days in the one location.

NSW/ACT was going to replace WA as the sixth team in the competition and will still retain standalone status for one game, when they take on an Allies team comprising players from Northern Territory and Tasmania on Monday 18 April.  NSW/ACT players will rejoin Tasmania and Northern Territory as part of the Allies team in matches against South Australia and Queensland, the latter of which will conclude the championships on April 30.

This reshaped program model ensures more talented young players in NSW/ACT will still have the opportunity to showcase their skills against the country’s best ahead of a second NSW-based side, Sydney, joining the NAB AFLW competition next season.

Vic Country and Vic Metro kick off the NAB AFLW National Championships when they meet on March 20 at Mars Stadium in Ballarat.

AFL National Talent Development & Competitions Manager, Grant Williams, said: “We are really pleased to see Western Australia return to being involved in the 2022 NAB AFLW National Championships, ensuring the competition this year features the best under 18 girls from right across the country.

“While the situation has forced us to make adjustments to the traditional championships model and adapt when WA border changes were announced, we believe the schedule now in place presents a fantastic platform to showcase the best young female talent in Australia.

“The AFL thanks all stakeholders across the country who have been understanding and supportive of efforts made to put in place a structure for the NAB AFLW National Championships that best serves the players and the women’s game.

“It will be very exciting to see the championships program featuring the future stars of women’s football, many of whom will go onto become household names in the NAB AFLW competition.”

The NAB Player of the Championships medal will be awarded to the competition’s most outstanding performer, followed by the announcement of the 2022 NAB AFLW National Championships Under 18 All-Australian Team.

Squads, venues and match times will be announced closer to the championships.

lForbes back in the fray
Players to watch: Women's Summer Series final roundr