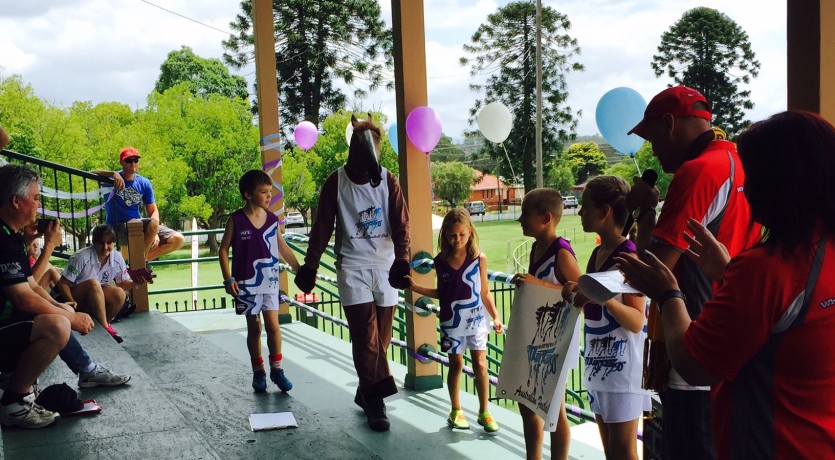 After four successful years of Auskick in the Manning Valley area, the local community finally has its own junior AFL club.  The mighty Manning Valley Mustangs!

The occasion was marked with a launch event last Sunday with around 70 people and kids attending, along with the Mayor and Deputy Mayor.

The day consisted of fun AFL activities for the kids including the Big Kick inflatable, sausage sizzle, a parent information session and registration, the Kick for Cash and of course, the unveiling of the official name. The day was a huge success and a great start to their inaugural season.

The official guernsey will portray three Mustangs running alongside the Manning River with colours blue, purple and white.

The club will be entering an Under 11s and Under 13s team into the AFL North Coast Junior Competition as well as running the Auskick program for the youngsters.

Click here to view some images from the day