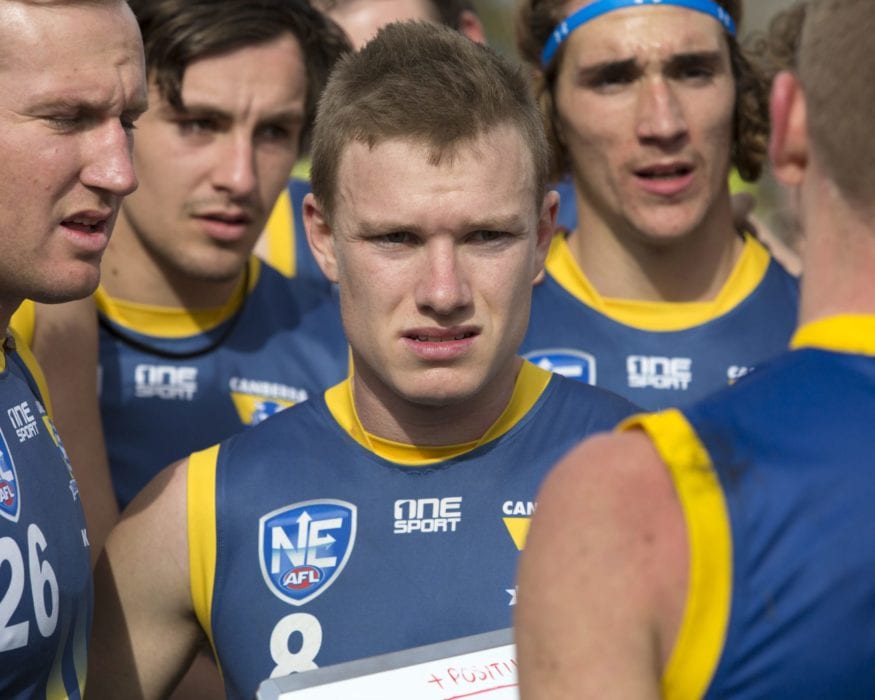 ADELAIDE is considering digging into its development squad to bolster its defensive corps.

Former Swans Academy member James Loneragan, a 189cm intercept specialist who played for the Crows’ SANFL team this year, is training at West Lakes ahead of this month’s drafts. Loneragan, who turns 21 in January, joined Adelaide’s development squad this year after relocating from Sydney, and could follow current Crow Lachie Murphy’s path onto the club’s AFL list.

Murphy, a small forward, kicked 12 goals in 11 games for Adelaide in 2018 and re-signed for next season.

Untried 200cm ruckman Paul Hunter, who was delisted in October after three years on Adelaide’s rookie list, also continues to train at the club in the aim of being redrafted.

Sydney has sought and received permission to audition three New South Wales-based footballers before the draft.

Canberra Demons teammates Mitch Maguire and Angus Baker, both 20, plus Jack Blair, a raw 205cm ruckman from UNSW-Eastern Suburbs Bulldogs, are the trio training with the Swans. Maguire averaged 28.5 disposals for the Demons and five clearances this past season, while 190cm defender-midfielder Baker amassed 21.6 possessions and almost five marks per game.

The query on Maguire, who won the NEAFL’s Rising Star award and placed fourth in MVP voting, is his 175cm size, but his stunning breakout season appears to have put those doubts to rest.

Baker’s season was all the more impressive after he missed most of the 2017 season recovering from an ACL rupture. He is part of the Swans’ Academy program.

The only unlisted players training now, or in the coming weeks, at most clubs are those that were cut with a promise to be redrafted.

The Tigers are also considering bringing back Mabior Chol and Jacob Townsend, who has drawn some interest from Greater Western Sydney and the Swans.

Delisted duo Jed Lamb and Alex Morgan continue to train with Carlton and North Melbourne, respectively, but without any guarantee of being redrafted.