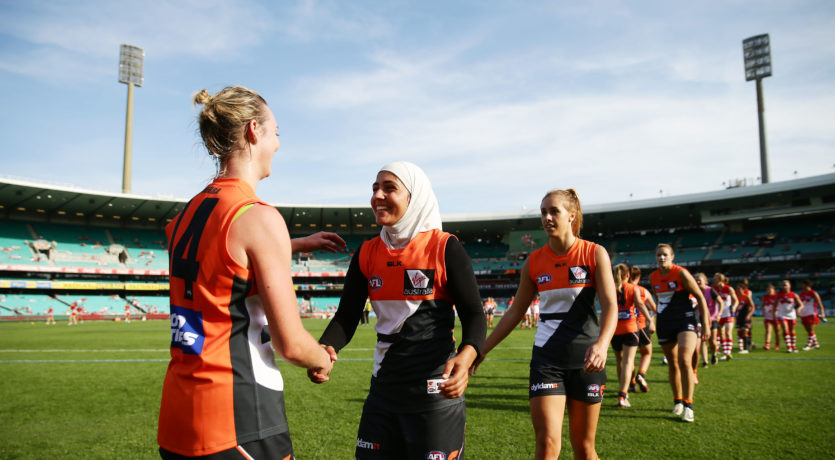 The GWS GIANTS are hosting an AFL Women’s Athlete Search designed to give female athletes who are currently active in other sports the chance to test their football skills.

The aim of this program is to identify new talent (17 years and over) who are not currently registered as an Australian Football player as the GIANTS commence building a team to compete in the National Women’s League in 2017.

Athletes will be tested in such skills as 20m sprints, vertical jump, beep test, agility as well as kicking marking, handballing and your ability to compete.