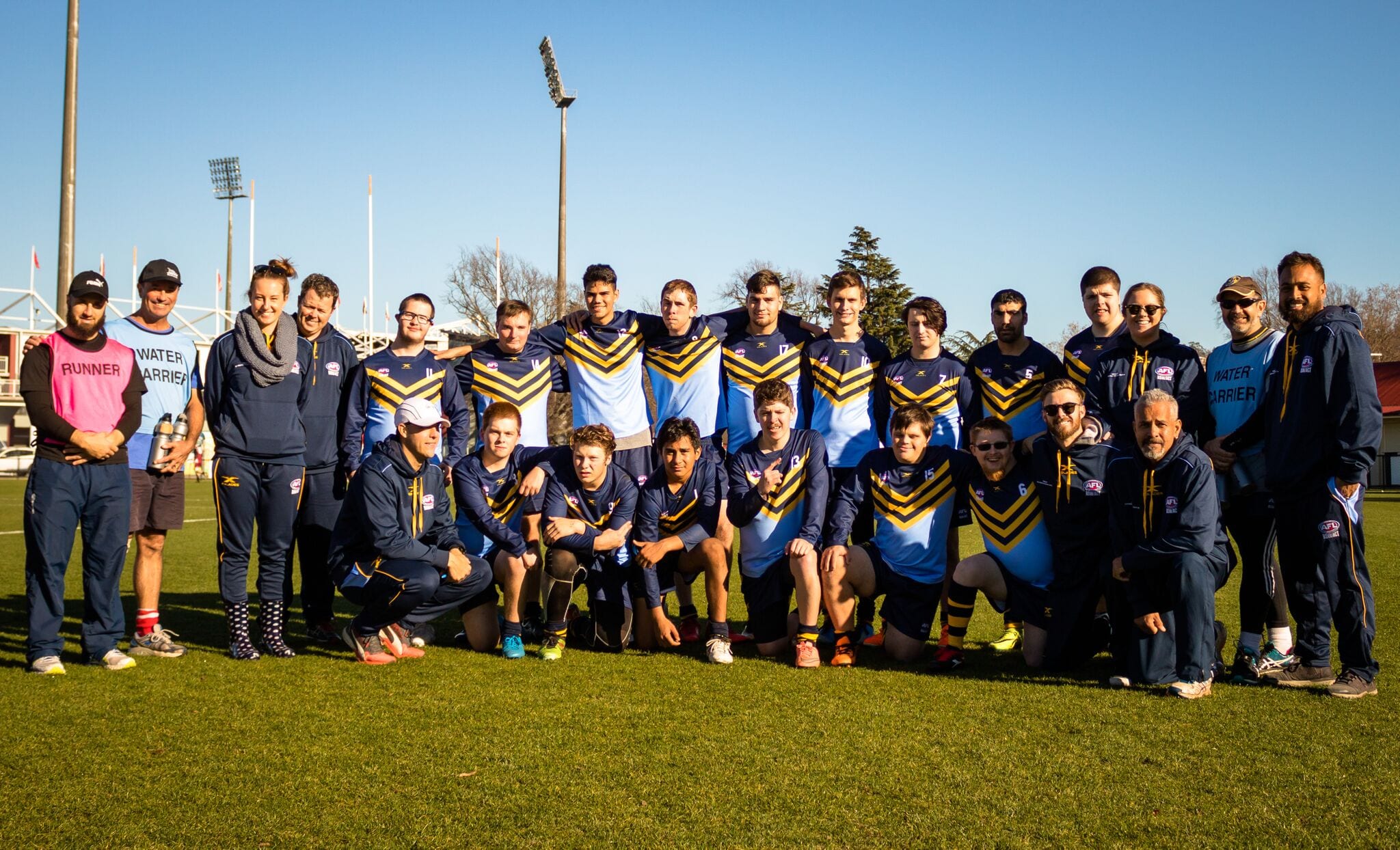 Following a record number of nominations across 13 categories, the overall finalists comprise of outstanding New South Wales athletes, coaches, officials, administrators and organisations from a broad cross-section of the New South Wales Sports Sector, with successes and achievements both within Australia and on the world stage.

The awards will be announced at the NSW Champions of Sport Ceremony on November 27 at Rosehill Racecourse.

AFL NSW/ACT are finalists in the categories of Young Athlete of the Year with a Disability with Adam Orchard from the AFL NSW/ACT Rams Inclusion side named and Administrator of the Year with Southern New South Wales Game Development Manager, Marc Geppert also announced as a finalist.

AFL NSW/ACT will also be up for their third Organisation of the Year Award in a row, after taking out the honour in 2016 and 2017.

Community Football Support Manager, Jacinta Houston says she is thrilled to have been named a finalist within these award categories.

“We’re so excited to once again have such great representation in these awards which mean so much to our industry,” said Houston.

“Adam Orchard played a large part in the success of the AFL NSW/ACT Rams Inclusion side. He stepped up as a leader and carried the team through some hard times during the 2018 AFL Inclusion Carnival in Tasmania earlier in the year.

“Being firstly named in the All Australian Inclusion team and now as a finalists for Young Athlete of the Year with a Disability is a reflection of Adam’s personal growth and success in 2018. He is someone we are extremely proud of.

“For Marc Geppert to be nominated is a great result as he has done a power of work in the Youth Girls and disability inclusion space, giving people more opportunities to play when in the past they have not. He is a great asset to the organisation.

“As for the nomination for Organisation of the Year, we are once again thrilled. It is a great result after growing the game across all segments with a big focus on female and disability participation. Fingers crossed we can take it out for a third year in a row.

AFL NSW/ACT would like to congratulate all finalists for this year’s NSW Sports Awards and wish them all the very best come the ceremony in November.