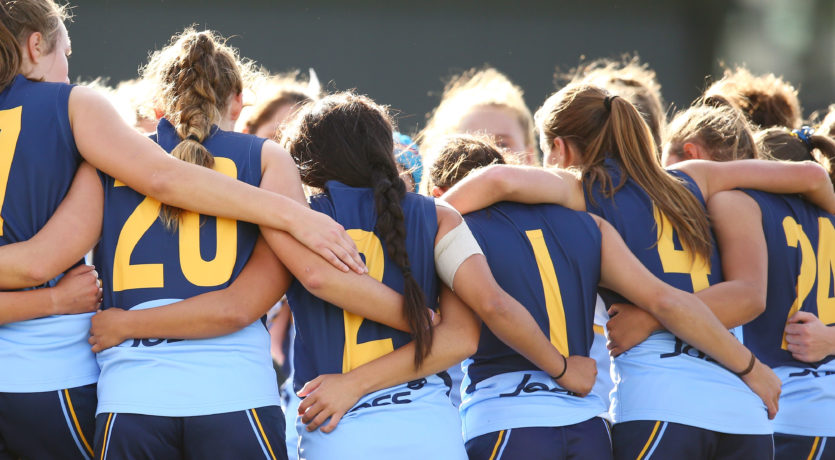 MELBOURNE, AUSTRALIA - MAY 2: during the Woomeras v NSW/ACT match during the 2016 Youth Girls Championships at the Holden Centre, Melbourne on May 2, 2016. (Photo by Scott Barbour/AFL Media)

2016 was a big success for NSW/ACT Female Footy

The U18 Youth Girls team were undefeated and claimed the Division Two National Championships for the first time. From this team, five players were selected for the All-Stars Youth Girls match with two making the All-Australian Youth Girls Team.

In the Opens Division, a record number of players  (three players) were selected in the Bulldogs v Demons squad with two players making the team to play in the exhibition match held in September.

Further to this, 16 NSW/ACT Academy players selected to be part of the inaugural GWS Giants Women’s Team.

2017 looks to be another promising year for female football and the Academy.

Please see below information regarding the 2017 Female Academy.

Details of pre-Christmas training sessions for each region are:

Wagga
Please note that we have decided to start the Wagga region when the official Academy starts on Monday 30th Jan to tie in with Youth Girls Competition on the Wednesday nights.

What to bring / wear:
With these pre-academy training sessions, if you could please wear appropriate training attire (club stuff is fine), boots, runners, water bottle, mouthguards and anything else you may require.

What we ask of you:
To help with making sure you all receive the emails about the Academy and Female Football in NSW/ACT, if you could please click on the link and fill out the form: https://www.surveymonkey.com/r/FTZJHXZ

An email will be sent to all participants in early January with more information regarding training venues, coaches, calendar etc for the Official Academy year. 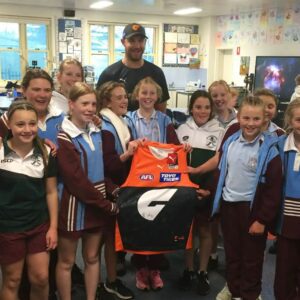 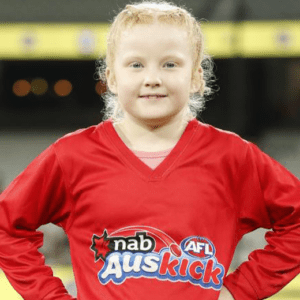