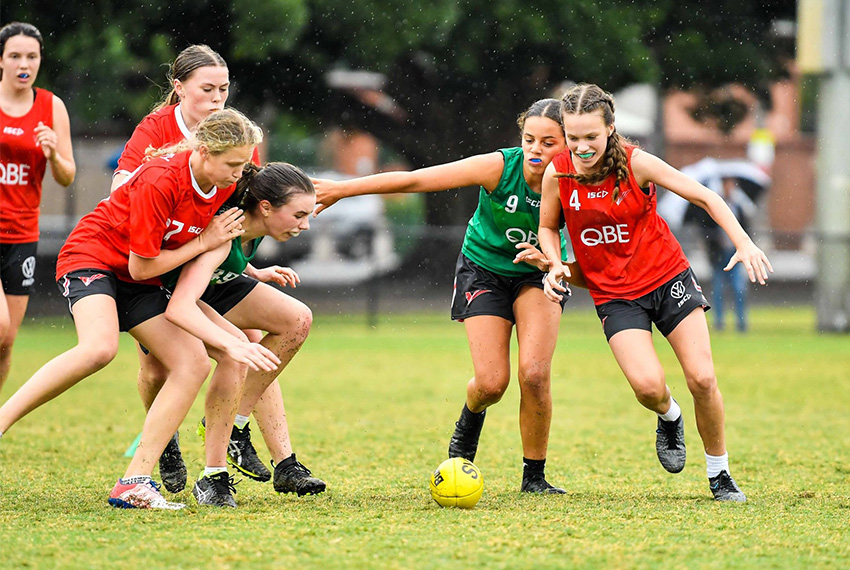 With the 2021 AFLW season about to commence, Sydney Swans CEO Tom Harley has provided an update on the club’s plans for a future women’s team.

The Sydney Swans did not apply for a license for a women’s team when the AFLW was established, primarily due to inadequate training facilities at the club’s SCG headquarters.

With a plan to address the facilities issue in place, the Swans began building a female talent pipeline by expanding the QBE Sydney Swans Academy to include a Youth Girls program.

Harley said a Sydney Swans AFLW team remains a priority for the club, but it’s difficult to put a timeline on entry into the competition.

“When the licenses were first established a few years ago (and then the expansion that’s followed since), the club haven’t been in a position to field a team, primarily based around facilities,” Harley said.

“It’s been well documented that one of the significant causalities of COVID-19 was our plans for a new facility at the Royal Hall of Industries.

“We are working feverishly to get that back on board and satisfy our facility challenges – that is a primary concern for us and that’s one of the key planks for our entry in the AFLW.”

Harley said the AFL will ultimately determine when new teams are permitted entry into the competition.

However, the club has ensured it will be well positioned when that happens, with the continued expansion of the Youth Girls Program and the addition of Top End age groups.

The Top End program commences this weekend in preparation for matches in late March, while athletes in the Youth Girls program will hit the track in early February.

“I’m looking forward to seeing a new generation of young women run around in the red and white in an Academy environment,” Harley said.

“This will be the genesis of our future AFLW team and Swans members and fans should be assured that we are working hard towards that.”