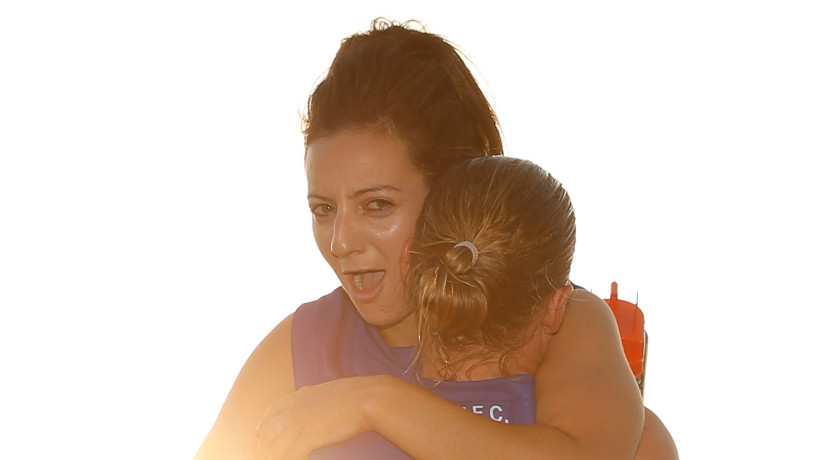 In a watershed day for female footballers in New South Wales and the nation’s capital, 200 women have been chosen to participate in the inaugural NSW/ACT Female Talent Academy.

Over 300 girls originally took part in training sessions across five regions in NSW and ACT before coming together for trial matches at Canberra’s Reid Oval over the weekend.

The announcement coincides with the AFL’s tribute to the role women play in the prosperity of the code on International Women’s Day.

The selected athletes will gain access to elite level coaching, services and facilities in their respective region with an eye on being picked for the 2016 Female Football Exhibition Series.

“We’re working with the athletes to provide them with the best resources possible to reach their potential in a short space of time,” High Performance Coach Tim Schmidt stated.

The most talented players from the academy will be chosen to represent either the Sydney Swans or the Greater Western Sydney GIANTS in a curtain raiser to the men’s Sydney derby on April 9.

Female Programs Manager Libby Sadler has been involved with the initiative since its inception and is delighted with the depth on offer.

“We’re breaking new ground with the program and it’s providing a great opportunity for female athletes across the state.

“It can be quite daunting but the girls have grabbed the opportunities with both hands.”

Elite female footy players will get the opportunity to achieve higher honours later in the year.

The individuals who excel in the exhibition match will form a representative AFL NSW/ACT team to play against the best female footy players from South Australia on June 5 at Adelaide Oval.

The exhibition series is a nationwide initiative that involves women from every state and territory in Australia with one tantalising goal in mind.

The best players in the country will be chosen to represent Melbourne or the Western Bulldogs in a showcase event on September 3, coinciding with the first week of the AFL finals.

“With all the hard work we’ve put in to get the program off the ground it would be great to see some of our brightest prospects progress to this level,” Ms Sadler said.

The exciting innovations continue to build momentum ahead of next year’s National Women’s League that promises to deliver a new era for the sport.