Under 17 Rams fall to gritty Queensland 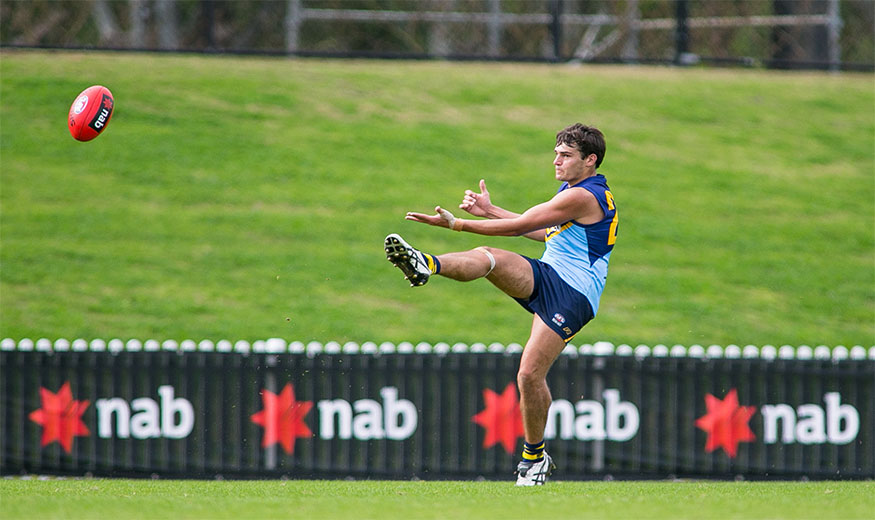 The Under 17 NSW/ACT Rams have suffered a 42-point defeat to Queensland in the AFL Under 17 Futures Series.

The Rams were unable to keep up with Queensland’s intensity on the ball and proved too strong in the match up at Metricon Stadium.

Will Spencer kicked the first goal of the match, getting the Rams off to a flying start.

After another NSW/ACT goal through Cameron Graham, Queensland were only ahead by one-point at quarter time following a tight opening to the match.

Queensland managed to kick away in the second quarter – an impressive four-goal effort setting the tone for the rest of the match.

The Rams effort lifted in the third term but Queensland proved too strong. Eight goals in the second half and some missed opportunities from the Rams, meant they could never quite get themselves back into the game.

GWS GIANTS Academy member, Shaun Driscoll was particularly impressive for the Rams. His sheer pace and strength proved a strong asset against a physical Queensland side. Driscoll’s game was capped off by a goal from beyond 50 metres, which managed to roll through in the final quarter.

Kyle McKellar of the Sydney Swans Academy also put in a promising performance. His sharp footwork and strong marking ability made him a real handful for Queensland.

Jeromy Lucas was also a dominant figure for the Rams. The GWS GIANTS Academy prospect kicked a big goal in the third quarter and saw a lot of the ball throughout the match.

Connor Flanagan too, had a good game for the Rams. He found a number of intercepts and used the football well moving into the forward-50.